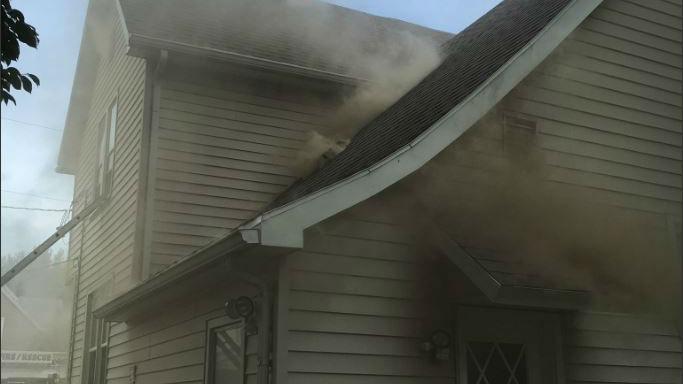 On Friday August 26 at 4:20 PM Fond du Lac firefighters responded to a report of smoke coming from the house at 142 Central Avenue. Upon arrival crews encountered heavy fire conditions inside the home which was unoccupied at the time the fire was reported. Fire crews were able to extinguish the fire but not before it caused severe damage to the structure and its contents.

Due the extent of the fire and weather conditions off-duty firefighters and several neighboring departments were brought in. The Red Cross was called to provide rehab supplies to fire crews and to provide shelter assistance to the resident. The Fond du Lac Humane Society was called to the scene to care for a dog and cat that died in the fire. One kitten which found did survive.

No humans were injured.

On Saturday August 27 at 2:00 AM Fond du Lac firefighters responded to a report of house on fire at 313 East 2nd Street. Fire crews were able to extinguish the fire on the second floor, but not before it caused damage to the structure and its contents.

Two victims were taken to the hospital for evaluation.

The cause of both fires are under investigation.