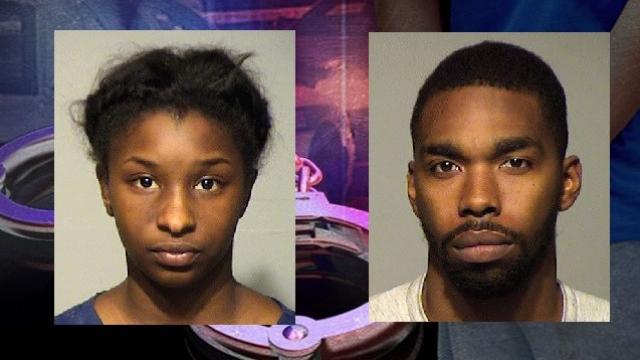 United States Attorney Haanstad announced Wednesday that two people were indicted for the armed robbery of the Swan Serv-U Pharmacy in Wauwatosa. Tytianna Jackson, 19-years-old, and Marquise Jones, 26-years-old, both of Milwaukee were charged with one count of interference with commerce by robbery pursuant to the Hobbs Act, and one count of brandishing a firearm in furtherance of a crime of violence.

The indictment alleges that on August 1 the defendants, armed with a gun, robbed the Swan Serv-U Pharmacy located at 9130 West North Avenue.

If convicted, each defendant faces up to 20 years in prison on the armed robbery count and a minimum mandatory sentence of seven years and up to life in prison on the charge of use of a firearm during a robbery.

The Hobbs Act, passed by Congress in 1946, provides federal jurisdiction for cases involving violent criminals who commit armed robbery of businesses involved in interstate commerce. The U.S. Attorney’s Office and the District Attorney’s Office collaborate together to ensure that violent offenders are effectively prosecuted, making our communities safer for all.

This matter is being investigated by the FBI and the Wauwatosa Police Department. The case is being prosecuted by Assistant United States Attorney Benjamin W. Proctor.