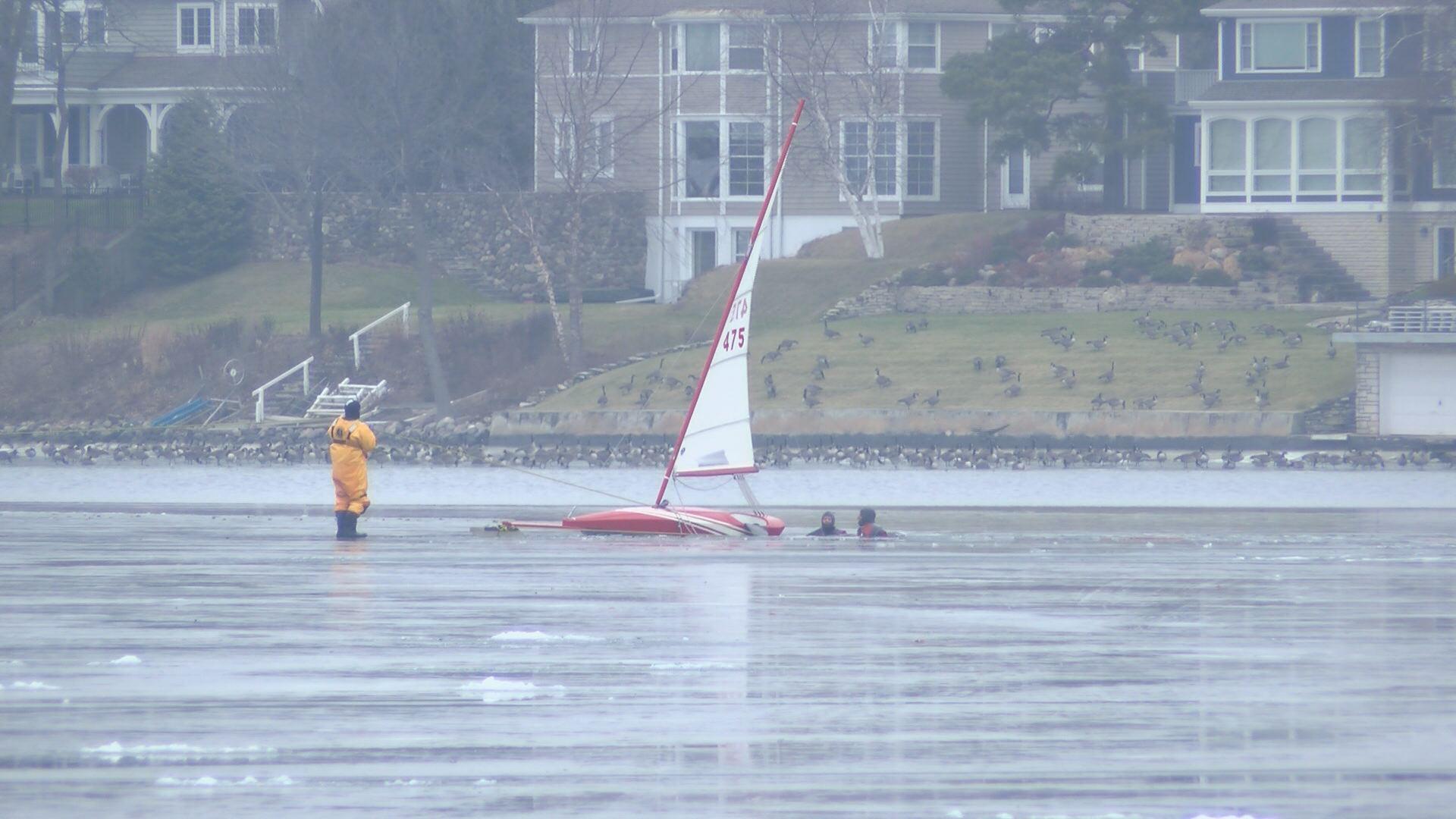 The men and their ice boat fell through the ice on the lake.

The Oconomowoc Fire Department said that the two went too far from shore to an area of the lake where the ice was only an inch thick.

The thin ice was also near some open water.

Both men were in the water for just under a half an hour before rescue divers were able to get them out safely.

Divers were also able to pull the boat from the water.

The fire department added that the ice on the lake is thinner than usual because of the recent, unseasonably warm and wet weather.

The two men are expected to be fine.

One of the rescue divers had a leak in his suit, which allowed the cold water in.