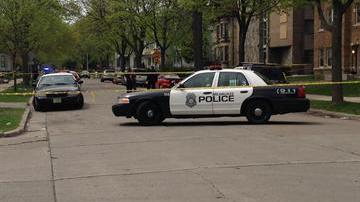 The first happened around 2:30 a.m. at Big C's Blues Lounge near 12th and Hadley.

Police said that the 47-year-old male victim had been arguing with the suspect. That altercation became physical.

The suspect left and returned with a handgun and shot the victim.

Police said that witnesses are cooperating with investigators.

The second fatal shooting happened at 12:20 p.m. near 28th and Kilbourn.

Police said that they responded to the area for shots being fired.

They arrived and found a 33-year-old man who had been shot.

First reponders attempted life saving measures, but the man died at the scene.

The circumstances surrounding that shooting are still under investigation.