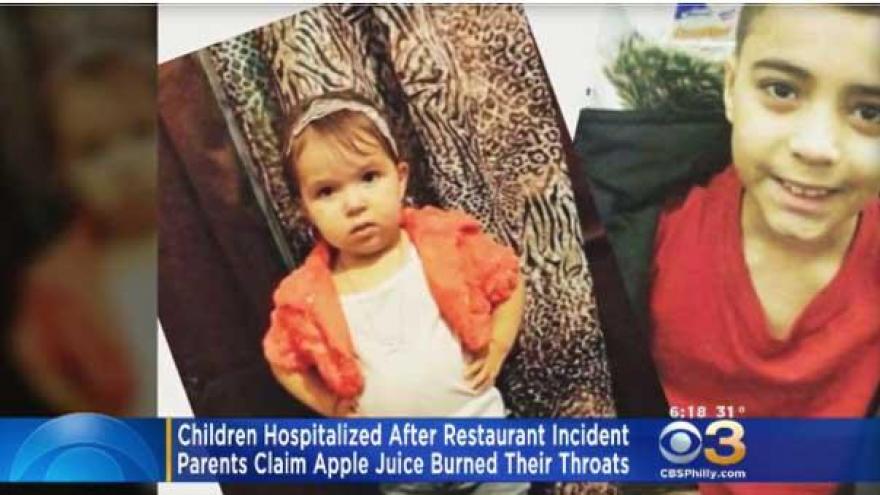 Richard Zaragoza Jr. was celebrating his 10th birthday at the Star Buffet in East Lampeter Township on Friday.

He and his 4-year-old sister both ordered apple juice, but as soon as they took a sip, something horrifying occurred, their family said.

Their father, Richard Zaragosa Sr. described the incident. ”As soon as they took a sip they were throwing up and there was blood,” he said. “Any other time that they brought apple juice to us they would bring a Styrofoam cup with ice, and a separate drink so you can open and pour it if you want to. This time they brought it already made.”

Zaragosa claims the apple juice burned his children’s throats. Both children were rushed to the hospital and spent Saturday night in intensive care at Hershey Medical Center, Lancaster Online reports.

According to the local paper, they are being treated for the effects of what is still an undetermined substance that made its way into the children’s juice.

A spokeswoman for the medical center said Monday morning that both children are in “fair condition,” Lancaster Online reports.

The restaurant is still open.