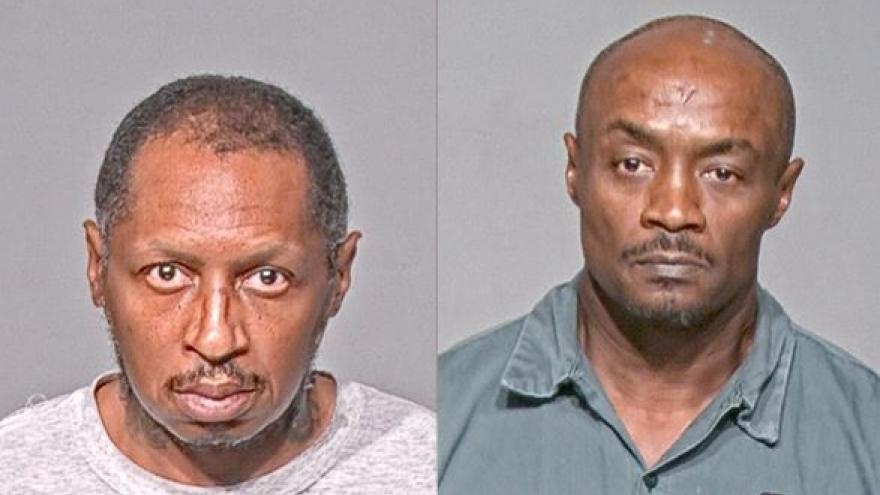 WEST ALLIS, Wis. (CBS 58) -- Two men are now in custody in connection with a jewelry store robbery back in June, after police say one of the men called in a tip to investigators.

According to a criminal complaint, Mitchell robbed Paul's Jewelers on West National Avenue on July 25, threatening two employees with what they believed was a gun and tying them up in a back room. The complaint says Mitchell made off with thousands of dollars in jewelry and stole an employee's car.

Nearly a month later on July 20, West Allis Police say they got a call from Monroe, saying he had seen Mitchell's photo on the news in connection with the robbery and immediately recognized him. Monroe told police that Mitchell was in the hospital. Police later learned that Mitchell had been reported sick by Monroe the same day and had been found overdosing from drugs at Monroe's address in Milwaukee prior to being taken to the hospital.

After an investigation, police say they learned Monroe had sold a number of items that had been reported stolen from Paul's Jewelers. After getting a search warrant, West Allis Police reported they found more jewelry at Monroe's home with several items of jewelry still with the tags attached. When Monroe was arrested, they said they found a small plastic baggy that had heroin inside.

When police spoke with Mitchell at the hospital, Mitchell admitted he had fashioned a milk carton to look like a gun and that he didn't want to hurt the employees at the store. The complaint says Mitchell told officers that after taking the jewelry and a car belonging to one of the employees, he ditched the car about a block away from his home and pawned the jewelry at small shops.

When police spoke to Monroe, Monroe told officers that Mitchell had contacted him a few weeks earlier and asked if he could stay for a few weeks. The two allegedly bought heroin together and used it several times. Mitchell later asked Monroe to help him pawn some jewelry as Mitchell didn't have ID. Monroe told officers he believed the jewelry was "hot"  but didn't ask any questions. They used the proceeds from selling the stolen jewelry to buy more drugs. When Mitchell started to get sick, he called for help. Monroe said once Mitchell went to the hospital for drug use, he decided to call police anonymously because he believed Mitchell was the person responsible for the robbery.

When police asked Monroe why he waited to call police until after Mitchell was at the hospital, he said he figured someone would eventually find out.