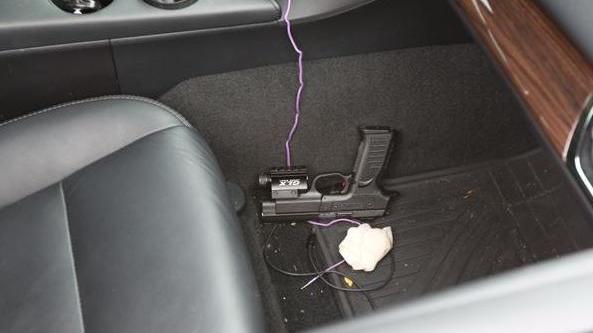 Milwaukee Police Officers investigated an armed robbery of the Game Stop, 8655 W. Brown Deer Road, on Friday, October 9. Two suspects, armed with a handgun, robbed the clerks of money and games just after 11:00 AM and fled the scene.

Other officers on scene and a K9 Officer took the suspects into custody.

A handgun believed to be used in the incident was found inside the car and a bag of money was found next to the fleeing car. The suspects are 18 and 19 year old Milwaukee men.

The case will be presented to the Milwaukee County District Attorney’s Office for charges in the coming days.