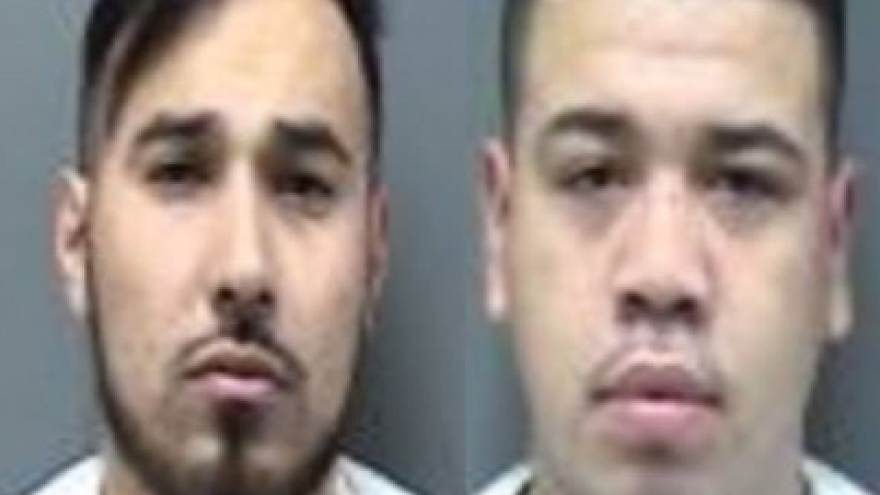 First someone punched and officer and then another fired gunshots. After three violent incidents this month, police are worrying about a bar in Mount Pleasant.

"At 1:37 a.m. Several squads from the Mount Pleasant Police Department were patrolling the Racine and Mead Street area ... due to the closing of several area taverns where there has been a high concentration of calls for service.

Officers were alerted to a fight inside of Los Cantaritos Restaurant and Tavern located at 2405 Racine Street.

A witness said Garcia did not like Hernandez dancing with a particular female patron. Garcia then punched Hernandez in the head. Hernandez retaliated by breaking a beer bottle over Garcia's head causing a laceration and profuse bleeding and swelling.

Hernandez was not injured. Garcia was taken by a South Shore Fire Department rescue squad to All Saints Hospital where he was treated for the laceration."

Both subjects have been arrested on Disorderly Conduct charges. Hernandez is facing an additional charge of Substantial Battery.

Police Chief Tim Zarzecki says the violent crowd has been a drain on their resources.

"We're trying to adapt ... to the new circumstances -- the new challenges we're facing on the weekends," said Jaimes.

Jaimes believes the violence is happening because during the month of February, the crowds around bar-time have doubled. The bar brings in a DJ, and opens up the dance floor on Friday and Saturday nights.

On February 4th, a police officer was punched in the face while trying to break up a fight. Exactly one week later, shots were fired right outside the bar. A 23-year-old man suffered gunshot wounds on both legs. Early Sunday morning, police arrived to a man bleeding from the head. a bar fight ended by when the man was struck in the face with a beer bottle.

"Unfortunately a situation happened and security took care of it right away we kicked them out, we asked the police for assistance," said Jaimes.

Police aren't just assisting as the incidents are happening.

Jaimes, the Village of Mount Pleasant and the police department have been meeting weekly to prevent future incidents. Some of the proposed solutions are to close earlier, change the music they play, or add more security.

"The biggest concern is keeping everybody safe. the customers safe, employees safe, and everyone have a good time," said Jaimes.

Jaimes may close for bar hours next weekend he doesn't figure out a solution to prevent a violent crowd.

Anyone with additional information on this incident is asked to call the Mount Pleasant Police Department at 262-884-0454 and push 4.