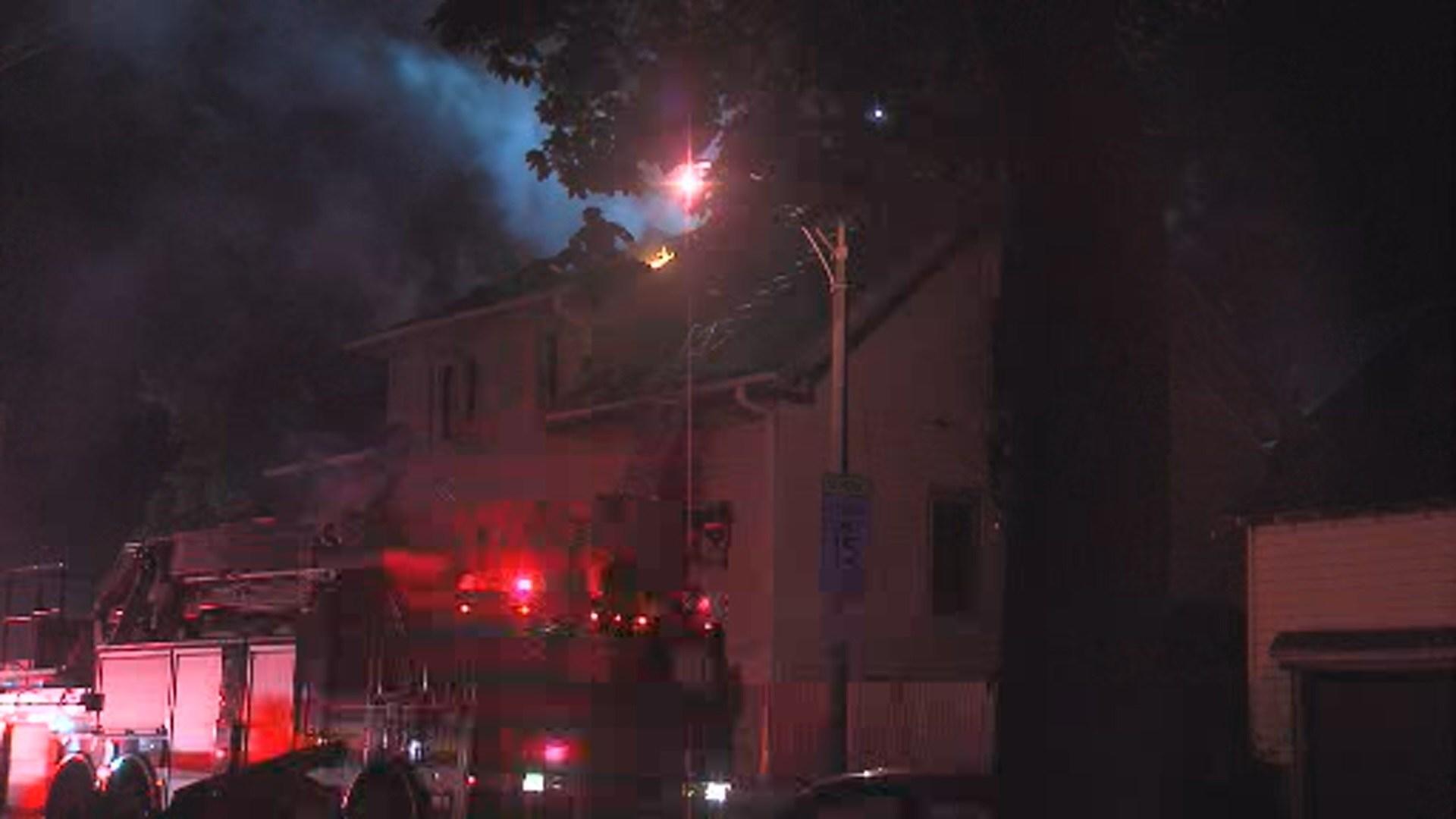 Two homes on Milwaukee’s north side were damaged by a fire early Thursday morning.  The fire was reported around 12:30 in a 1.5 story house at N 24th Street and W Vienna Avenue.  According to Milwaukee Fire Department officials, when crews arrived flames were seen coming out of the first floor of the structure.  The fire then extended to the home next door.  Officials say the residents of the homes were able to escape unharmed.  Firefighters battled the blaze for about two-and-a-half hours.  Damage to the first home is estimated at $150,000.  The neighboring house received about $50,000 worth of damage.  The cause of the fire is under investigation.  The American Red Cross is assisting three families, nine people in total, displaced by the fire.