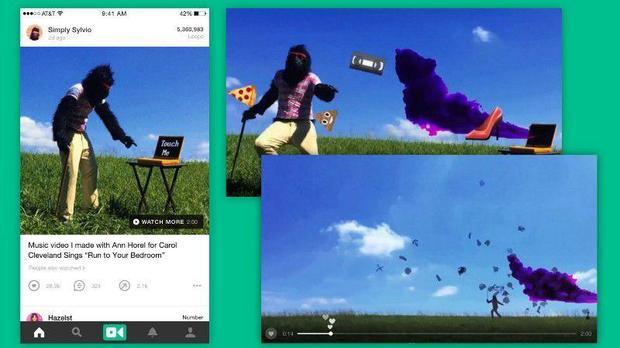 (CBSNews) -- At least it lasted longer than six seconds.

The popular micro-video platform that Twitter scooped up in 2012 is headed for an abrupt ending. Vine announced Thursday the app will soon be shutting down.

Vine was a widely used app where videos looped and were limited to 6-second clips, pioneering a short-form video style for social media, which was later adopted by Snapchat and Instagram.

While the app is shutting down, dedicated users will still be able to access and download Vines on the service’s website — they just won’t be able to upload any new clips.

“Thank you for taking a chance on this app back in the day,” Vine wrote in its own death post on Thursday.

Twitter had taken a big bet on Vine in 2012, purchasing the start-up six months before it even launched in a $30 million deal.

Since then, Vine had given rise to a new crop of internet darlings, who rose to fame through six second clips. Vine’s founder, Rus Yusupov spoke out against the decision to end the app shortly after the news broke.

The news comes just hours after Twitter posted its third quarter earnings as it laid off 9 percent of its work force, axing about 350 people on Thursday morning. Despite dark clouds looming around Twitter’s sales prospects, the company posted surprisingly strong profit with its push for live-streaming content.

As the news of Vine’s death arrived, social media held an unofficial eulogy for the beloved, but short-lived app.

Here are some of Vine’s finest moments:

An accurate representation of all of Vine’s fanbase after the news broke:

WHAT ARE THOSE? For a while, no one was safe from shoe-shaming on social media.

But it wasn’t always sneaker-shaming. Just ask Daniel Lara, who found internet fame thanks to his fans. Damn, Daniel.

Where is the internet going to get its endless stream of memes like the Running Man Challenge now?

For anyone who doubted that you could have comedic gold within six seconds:

And finally, one last time, do it for the Vine.

What were some of your favorite Vine moments?