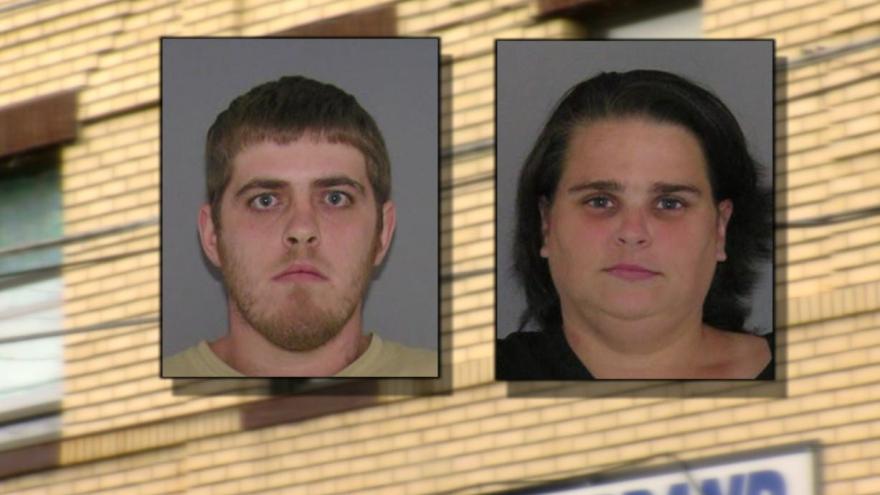 COLLEGE HILL, Ohio (WKRC) - When neighbors heard desperate cries from twin boys, they knew they had to call police.

Neighbors say that the boys only lived in a building on Hamilton Avenue in College Hill for a couple of months.

Police say James Howell is their father and Jamie Carver is named in court documents as a "guardian".

Recently, neighbors got worried after hearing cries from the boys that aren't normal and were alarming.

Abdullah Mustafa lives across the hallway from the apartment where the abuse allegedly happened. He is the caretaker for the small apartment building.

"For like two days, they were crying and I'm like what's going on over there. There's a lot of crying going on and we started paying attention," said Mustafa.

Police found duct tape inside the apartment. Officers say not only were the boys restrained with that tape, investigators say socks were stuffed in the children's mouths. Court documents show officers found injuries on the children as a result of the abuse.

Carver and Howell were in court on Monday to answer to charges of kidnapping into child endangering. Neighbors say they had to report what they knew to get the boys out of harm's way.

"I love children and everybody in this building loves the children, so we're not going to accept that, not in College Hill," said Mustafa.

The children are safe now and in the custody of Hamilton County Job and Family Services.