Tundra Line Cheers on the Packers in Canton 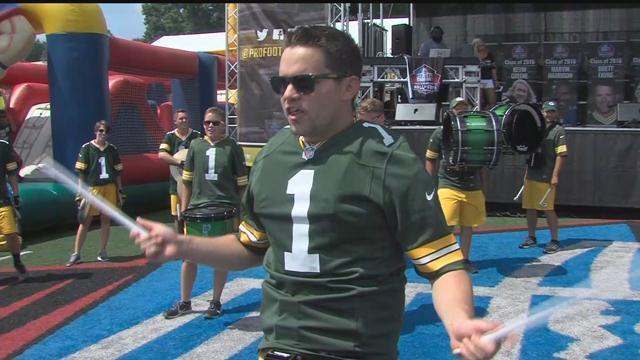 Hall of fame induction weekend is further proof that may be the most prestigious position in the NFL is quarterback for the Green Bay Packers.

Favre goes into the hall tomorrow, Rodgers and the Packers take the field here in Canton Sunday, and in between, this area is dominated by Packers fans, energized with a little help.

The Green Bay Packers Tundra line came to Canton for the weekend.

It's the official drum line of the Packers.

“We're here to get the crowd amped up,” said member of Tundra Line. “They march to the beat of the greatest fans in football.”

Even in the summer heat, no one can stop the tundra line.

“When we see that crowd come to Lambeau, I'm not surprised they come all the way to Canton,” said a member of the Tundra Line.

Brett Favre has marched into canton and taken over Hall of fame weekend.