Is this enough snow for you?! 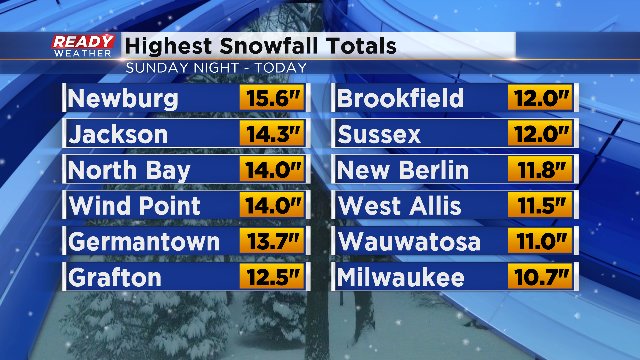 We've also had some reports within the last hour out of Racine county, with totals as high as 21.5" in Elmwood Park, 19.5" in Caledonia and 17" in Racine!!  And the snow is still falling near those areas, for now. Wind continues to funnel in more due north and that should eventually push lake bands just south of our area in more into the Windy City!

Here's a look at the radar just before 1pm: 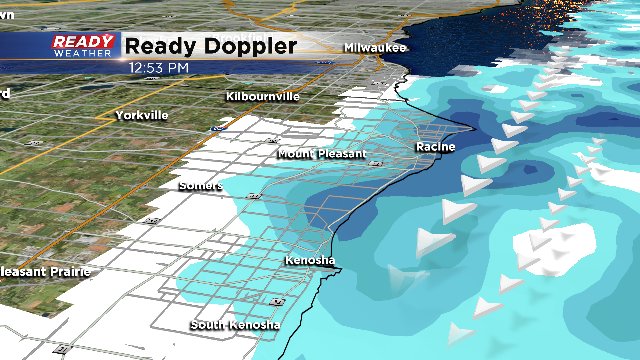 Snow should wind down for Racine and Kenosha counties by 2-3pm. A stray snow shower is possible for the remainder of today across eastern locations, but overall, most spots are dry moving forward. Anticipate chills in the teens today and single-digits overnight into Wednesday morning.

Even though the Lake Effect Snow Warning is set to expire in an hour for Racine and Kenosha Counties, the feeder bands keep coming onshore.  In fact, the snow activity will keep going into the afternoon at least. A few more inches of snow are possible in favored areas.  The wind could blow some of the snow around as well.  Quiet weather is expected for the middle of the week and then we have a chance of rain/snow mix for St. Patrick's Day on Friday. 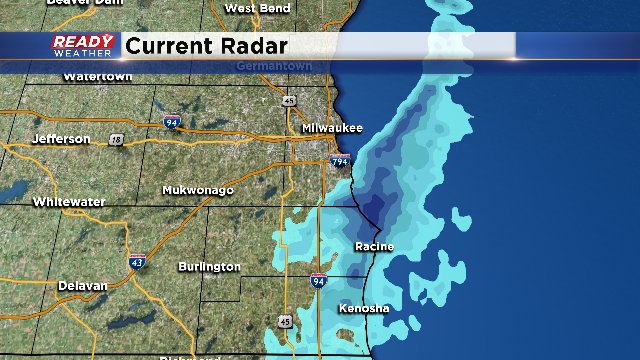 The Lake Effect Snow Warning has been dropped for several counties.  Only Racine and Kenosha Counties remain under the warning until 10am.  Several inches of snow could fall lakeside in this general area before tapering off this afternoon.  Watch for some blowing snow as the winds increase as well. For the rest of the area, look for some sun to return.  But temperatures will remain chilly. 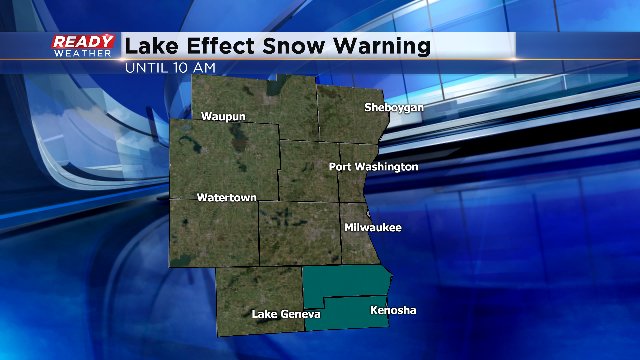 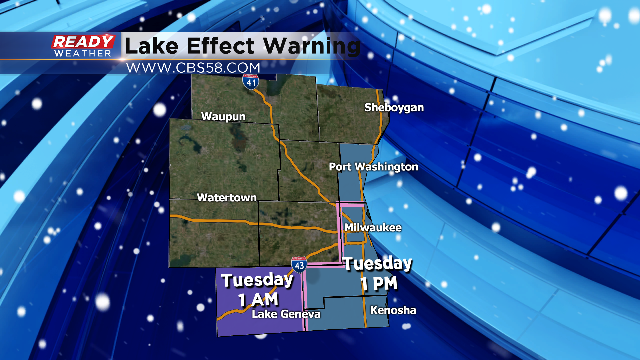 The lake effect warnings have been reduced.  Washington county remains in the warning until 7 am.  Milwaukee, Racine, and Kenosha counties are remain in effect until 1 pm on Tuesday. 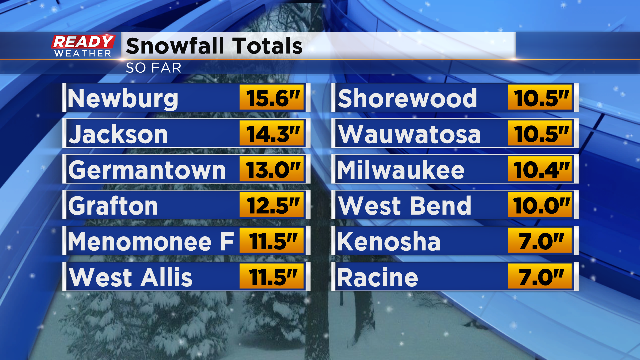 Here are some of the updated snowfall totals as of 8 pm. 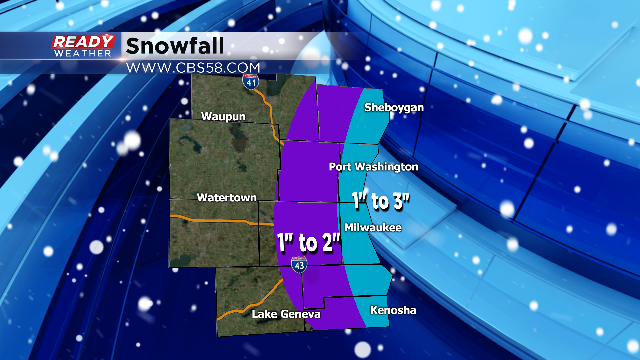 This is the forecast for additional snow over the next 24 hours.  Lakeside areas will see the most with additional lakeside snow overnight through Tuesday afternoon. 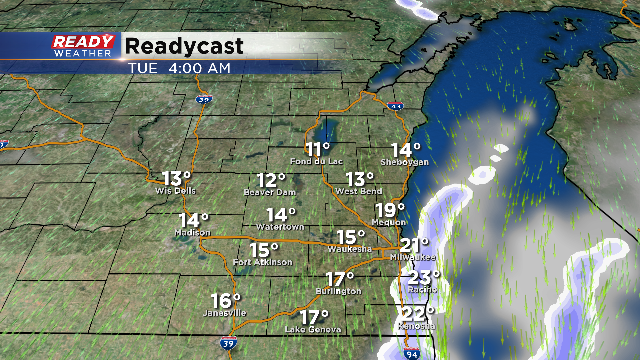 More lakeside snow will develop later tonight into Tuesday morning. Lakeside areas could pick up an additional 1" to 3" of snow before it moves out by Tuesday afternoon.  The rest of the area on Tuesday should be quiet.  Highs for Tuesday will only climb into the middle 20s!

Download the CBS 58 Ready Weather App to track that snow as it moves across the state and to stay up to date with the latest forecast.