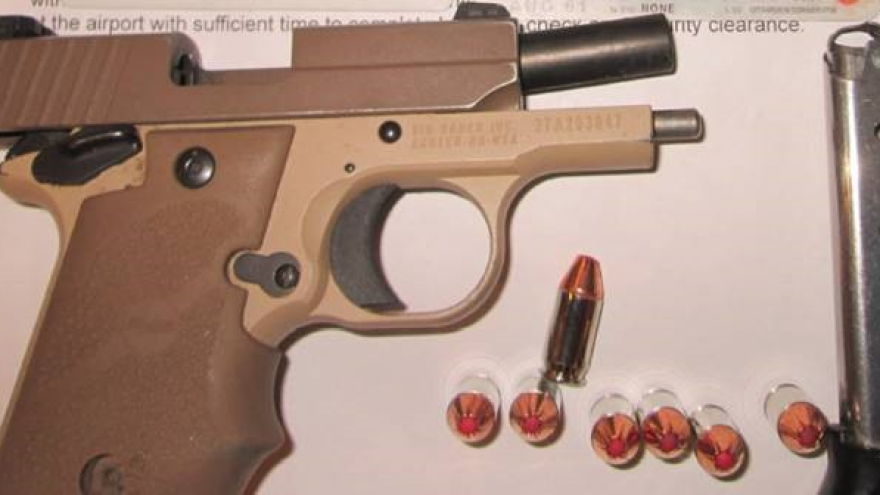 MILWAUKEE (CBS 58) – A woman attempting to carry a loaded handgun onto an airplane at Milwaukee Mitchell International Airport was stopped by Transportation Security Administration officers on Thursday, November 12.

According to a press release, the woman attempted to carry a loaded .380 caliber handgun and a magazine with seven bullets onto an airplane.