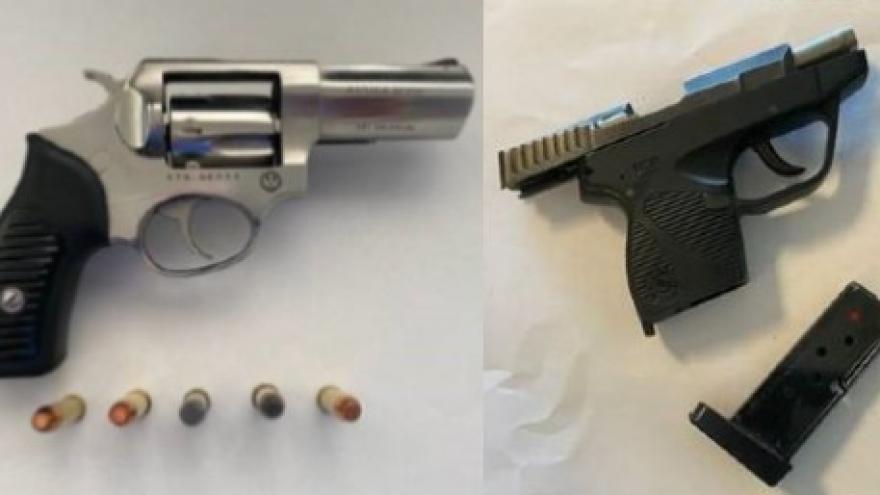 The first incident occurred on Saturday, July 17, when officers detected a loaded gun in the checkpoint X-ray machine around 5 p.m. The passenger said the bag containing the firearm belonged to her grandson.

On Monday, July 19, another gun was detected around 11 a.m. Officials say the gun was unloaded, and the traveler, who had a concealed carry permit from Ohio, said he didn't know he couldn't bring a gun to an airport checkpoint.

In both cases, the Milwaukee County Sheriff's Office was notified and deputies escorted the passengers to the airport substation.

“Individuals who want to fly with their firearms are permitted to do so as long as they follow the regulations for transporting their weapon,” Wisconsin TSA Federal Security Director Mark Lendvay said. “TSA wants to underscore the following message to travelers: Take note of the contents of your carry-on luggage prior to coming to the airport to ensure that you do not bring firearms or others prohibited items to the security checkpoint.”

These are the 11th and 12th firearms detected at MKE this year.

TSA officers also stopped a man with a loaded gun in his bag last week, marking the 10th incident in 2021.