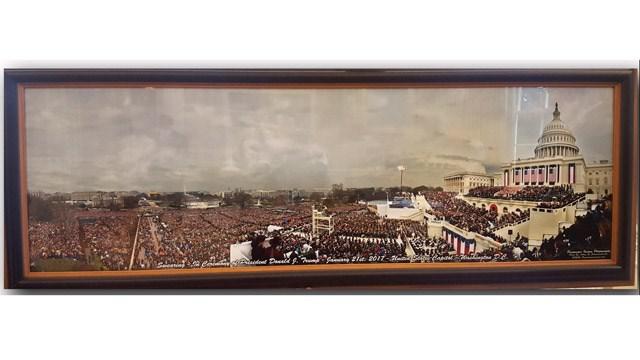 According to his tweet, the image will hang in the West Wing of the White House.

But, the photo has the wrong date.

A photo delivered yesterday that will be displayed in the upper/lower press hall. Thank you Abbas! pic.twitter.com/Uzp0ivvRp0

If you zoom in to the photo, you can see the inscription on the bottom reads "January 21st, 2017."

January 21st was the day people gathered in approximately the same spot for the Women's March on Washington.

The flags and patriotic bunting assure the actual photo depicts the correct day.