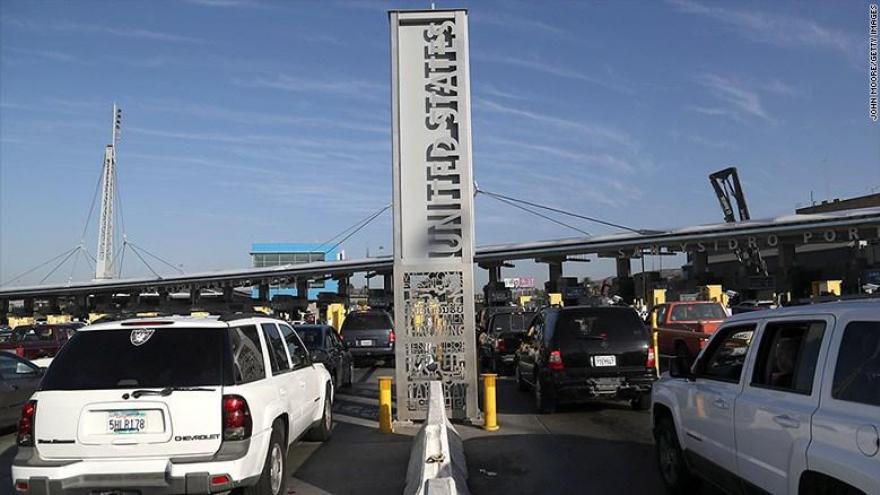 (CNN)President Donald Trump has decided he will seek to pay for the wall on the US's southern border by imposing a 20% tax on imports from Mexico and as part of a larger comprehensive tax reform plan, the White House said Thursday.

White House press secretary Sean Spicer said the comprehensive tax reform package Trump and Republicans are looking to put together will include taxing imports from other countries, like Mexico.
"By doing it that we can do $10 billion a year and easily pay for the wall just through that mechanism alone. That's really going to provide the funding," Spicer said, referring to a 20% tax. According to the Office of the US Trade Representative, Mexico's exports to the US in 2015 was valued at $316.4 billion. The trade deficit is estimated to be $50 billion.
The new White House plan comes as the Mexican President canceled a planned meeting with Trump after the US president signed an executive order Wednesday kicking off the process of building the border wall and vowed once again to force Mexico to pay for it.
Mexico has adamantly rejected the notion that they would fund the border wall, and Trump said Thursday that he had agreed to cancel the meeting with Mexican President Enrique Peña Nieto and would take a different route to address funding for the wall.
That alternative route appears to be lodged in raising a massive import tax on goods exported from Mexico to the US -- a tax that could cause the price of US consumer goods produced in Mexico to skyrocket.
Despite the controversial nature of the proposal, which is likely to be met by stiff opposition from business leaders in the US, Spicer said the proposal is one "we've been in close contact with both houses (of Congress) in moving forward and creating a plan."
"It clearly provides the funding and does so in a way that the American taxpayer is wholly respected," Spicer said Thursday.
Spicer dodged reporters' questions about the impact of the border tax on American consumers, instead stressing the tax's benefits for American workers.
"I'm not going to get into it," he added when pressed about businesses that manufacture goods in Mexico passing along the tax to American consumers.
Share this article: