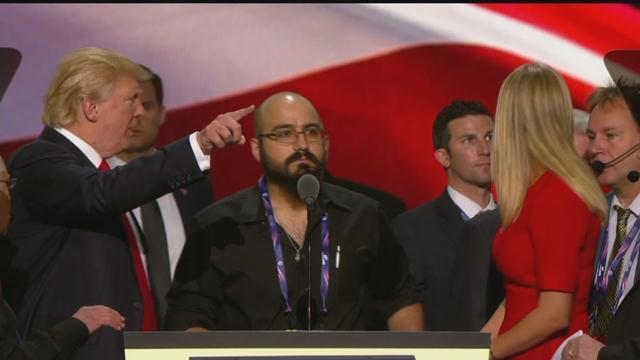 The Wisconsin delegation is looking for Donald Trump to step on this stage focused, polished and presidential tonight.

Wisconsin Governor Scott Walker says he thinks it would be a good idea for trump to change his tone a little bit maybe being a little less edgy.

Both said once people saw him look, speak, and act presidential it propelled him to the White House.

Priebus and Walker said tonight is the important step for trump to be viewed as being presidential.

"I don't know if that's necessarily the phrase but their comfort level… there needs to be a comfort level. I think tonight's speech plays heavily into that,” said Walker.

Chairman Priebus joined the Wisconisn delegation for a few minutes this morning during breakfast. praising the delegation.

He takes the stage tonight becoming the seventh person from Wisconsin to speak at the convention the most of any state.