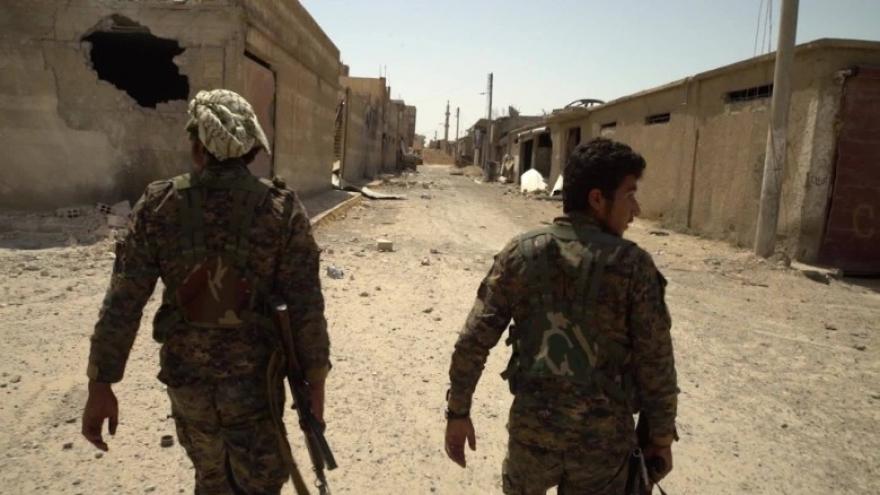 Mr. Trump said in a statement Saturday that liberating the city from ISIS control represents a "critical breakthrough" in the worldwide campaign to defeat ISIS and its "wicked ideology."

"With the liberation of ISIS's capital and the vast majority of its territory, the end of the ISIS caliphate is in sight," Mr. Trump said.

He also announced that the U.S. will transition into a new phase to support "local security forces, de-escalate violence across Syria, and advance the conditions for lasting peace, so that the terrorists cannot return to threaten our collective security again."

Commanders of the Syrian Democratic Forces first declared the city liberated from ISIS earlier this week. CBS News correspondent Holly Williams was one of the first international television correspondents to go into the city as SDF fighters seized control, and she said victory in the months-long battle came at a staggering price.

Williams reports that coalition forces destroyed the city to defeat the extremists, leaving hardly a building unscathed. U.S. coalition airstrikes have flattened many of them, and inadvertently killed civilians, according to survivors.

On Tuesday, as Williams moved into the very center of the city with the SDF, there were still thought to be ISIS fighters holed up in buildings and tunnels in the sprawling city.

"I commend all of our coalition partners for the sacrifices they have made in this noble effort," he said. "Therefore, as we recognize this military accomplishment, we also pause to honor our servicemen and women and all they have given to protect us and all civilized people from these modern day barbarians."