Trucks worth more than $120,000 damaged in rollover 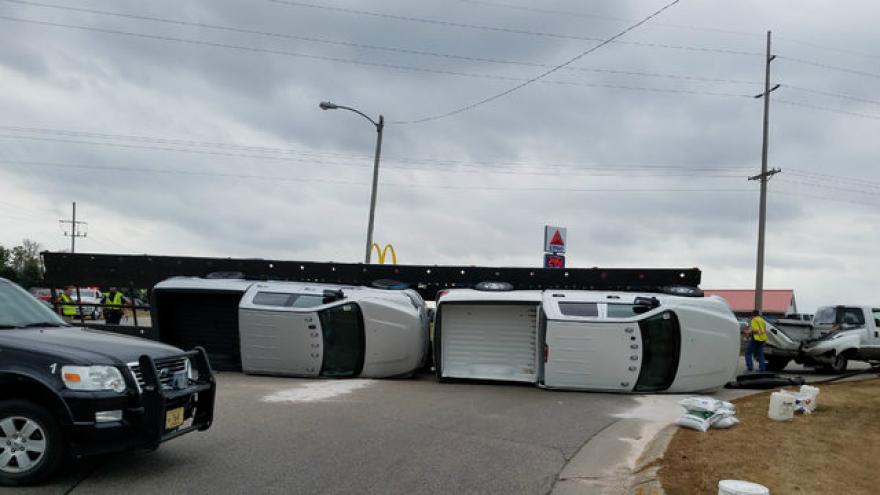 DARLINGTON, Wis. (Channel 3000)- No one was injured but three trucks were severely damaged in a rollover crash Tuesday in Darlington, police said.

Darlington police were sent around 2:20 p.m. to the intersection of highways 23 and 81 for reports of a vehicle rollover crash, according to a release.

A truck pulling a fifth-wheel trailer with two trucks on it was northbound on Highway 23 and attempted a left-hand turn onto Highway 81, planning to head west, investigators said. The driver of the truck, 23-year-old Deande M. Williams, of Riverdale, Illinois, attempted to turn too fast, causing the load to shift and roll over.

The truck pulling the trailer did not overturn, but the trailer carrying the trucks did, according to the release.

The trucks on the trailer, valued at $70,000 and $54,000, and the truck pulling the trailer were severely damaged, officials said.

Williams and two passengers were not injured in the incident. Williams was cited for failure to maintain control of a vehicle.

Highways 23 and 81 were closed about two hours during the cleanup.