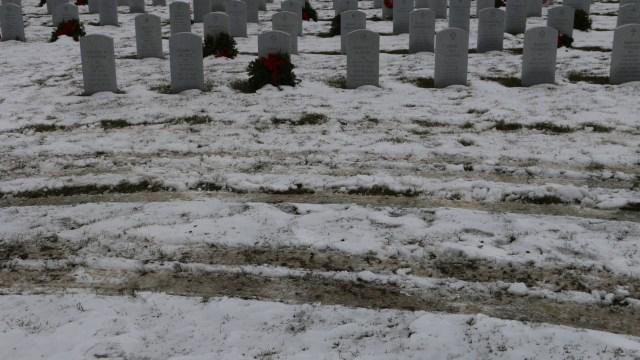 (CBS CHICAGO) — Police say a 43-year-old truck driver from Chicago drove his truck over half a dozen gravesites at the Abraham Lincoln National Cemetery in Elwood Monday.

Lost and looking for a place to turn around in his 73-foot truck, driver Faraz Namdari is accused of disregarding signs and ignoring a roadway turnaround at the Lincoln National Cemetery.

“He literally drove up over the curbs, onto the grass and right over at least half a dozen gravesites, narrowly missing the headstones marking the graves,” said Fred Hayes, the chief of police in Elwood.

Chief Hayes says he talked to the cemetery staff, “…who are all veterans

themselves and they were visibly shaken and quite upset. For this particular truck to just drive over gravesites was very disrespectful.”

He says it’ll be awhile before the cemetery staff can tell if any gravesites are in danger of collapse.

The truck driver was cited for three misdemeanors.