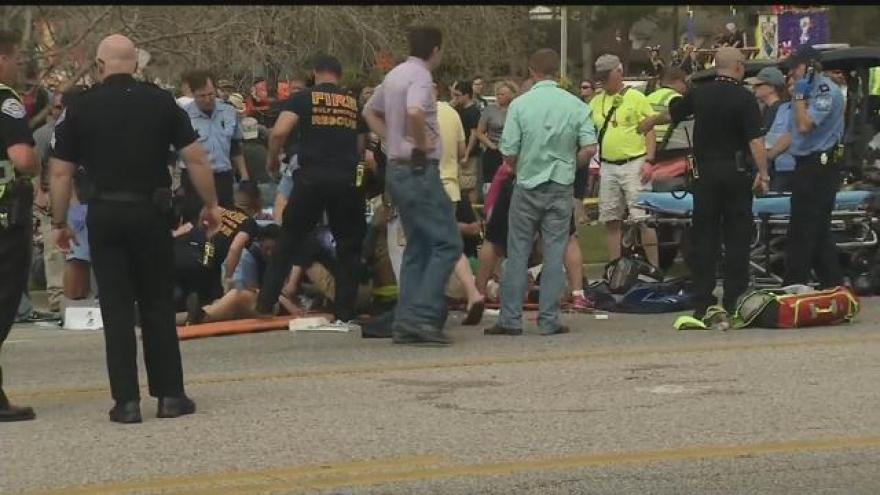 Twelve members of a high school marching were hurt when a vehicle plowed through a Mardi Gras parade in gulf shores, Alabama Tuesday.

Four of the students are in critical condition.

The car was driven by a 73 year old man.

So far police say there is no evidence the man was under the influence of drugs or alcohol.

They also have not learned of any malicious motive. The driver is in custody and is undergoing voluntary testing.