Truck Crashes Through Pharmacy in Richfield 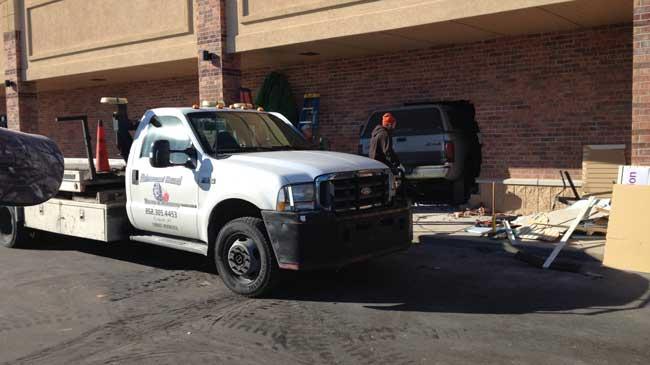 The front door has 'expanded' at the Richfield's pharmacy. Complex owner, Nobert Wyer woke up to the bizarre call early this morning.

"I couldn't believe it. I came down here, and sure enough there is a vehicle half inside the building. There's a big hole in the wall, I've never seen it like this in all my life."

The whole thing started when police found a man trying to break into a home on Kettle Moraine Parkway. He claimed that it was his father's home, and he was trying to get in.

Judy Yank says, "We heard about a break in across the street early this morning because it's very frightening, and this is a very safe area."

Carolyn Schatz, at a neighboring business says, "Our wall butts up to theirs, our desks are about 12 feet away from where the hole is, so that's the scary thing."

The wild driver is now under arrest and police are investigating. Norbert says he's handling the whole thing with a sense of humor.

"He said he thought he was on a nearby road, but that's about 300 feet to the east haha."

The business is still waiting for the insurance company to come up with an estimate of the damage.