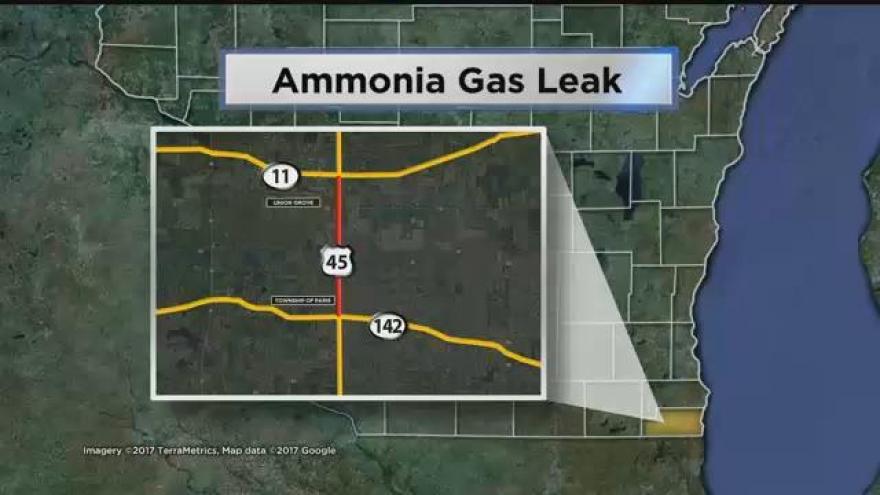 On Wednesday, April 26 at 10:32 AM Kenosha Deputies along with the Town of Paris Fire Department were dispatched to a hazardous material incident in the 20900 block of 1st Street in the Town of Paris.

A pickup truck was eastbound on 1st Street and was hauling a trailer with two tanks containing Anhydrous Ammonia. While in transit a valve on the tank trailer malfunctioned which resulted in the release of the tank contents.

The driver of the truck was able to safely evacuate the area prior to emergency responder’s arrival. He was transported to a local hospital as a precaution and was not injured.

Fire Departments that responded were able to close the valve which ended the leak.

Citizens in the area were notified through a notification system to shelter in place and close doors and windows. Roads entering the area were closed. An elderly man in a home very close to the incident in Kenosha County was evacuated from his residence to his family who responded to the scene.

The incident is under investigation but does appear to be an equipment malfunction.

As of 4:00 PM the scene is clear, equipment has been removed and all roads are open. There is no longer any danger to the public.