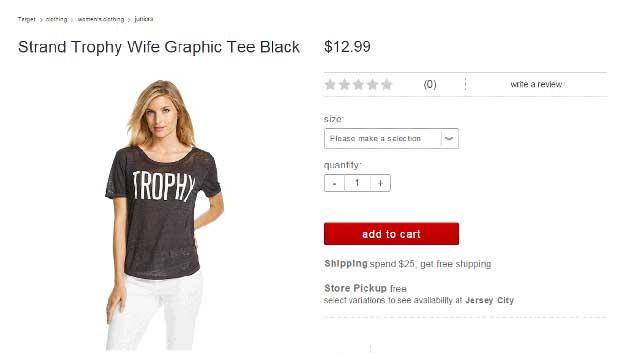 (CBS NEWS) Big-box retailer Target (TGT) has become the target of widespread criticism online, for marketing a T-shirt emblazoned with the word \"Trophy\" to its female customers.

Along with angry comments on Twitter and other social media, a woman in Wisconsin has filed a petition on Change.org, calling on the company to stop selling a shirt that it says not only demeans and objectifies women, but also \"shows their ignorance to their own female market.\" That petition now has several hundred signatures.