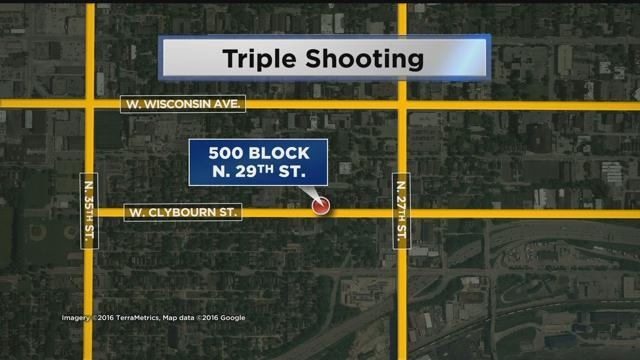 Three people are hurt after a triple shooting in Milwaukee Monday night.

The initial investigation reveals that there was a physical fight and someone started shooting.

A 22-year-old man was shot, but is expected to survive.

The second victim, a 22-year-old woman, had a graze wound and was treated on scene.

The third victim, a 32-year-old man, received a serious gunshot wound and was taken to the hospital.

All three are expected to survive.