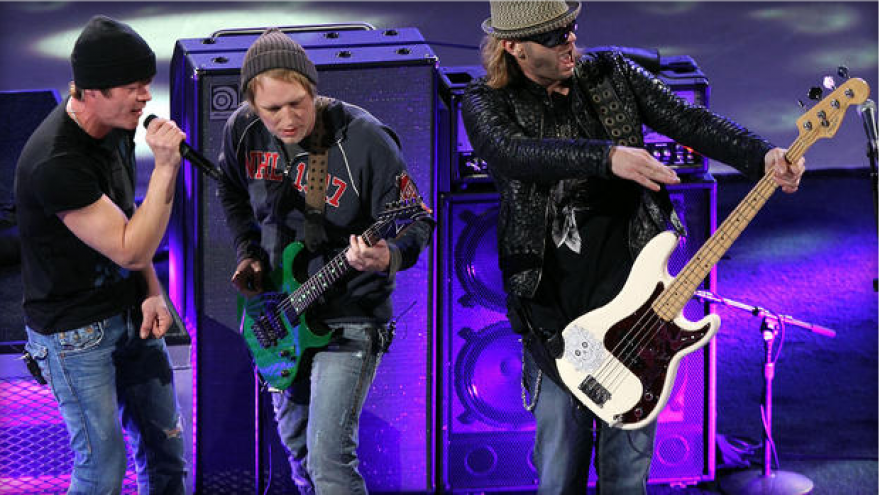 (AP) -- An Alabama physician is scheduled to go on trial Friday on charges that he improperly prescribed fentanyl and other drugs to 3 Doors Down guitarist Matthew Roberts, who died of a drug overdose.

An indictment alleges he prescribed the drugs that killed Roberts, who was found dead in August 2016 in a hotel hallway near Milwaukee. Roberts was to perform a charity concert there. Court papers state Snellgrove began prescribing drugs to Roberts as early as 2005 and knew Roberts had addiction problems.

Snellgrove has pleaded not guilty. He faces up to 240 years in prison and up to $2.8 million in fines if convicted.

Roberts' family is also suing Snellgrove and Rite Aid Corp. and others in a civil lawsuit in state court in Alabama. Court records show that case is stayed pending the outcome of Snellgrove's criminal case.

Roberts was a founding member of 3 Doors Down when the rock group began in 1996 in south Mississippi.

He co-authored the band's hit song "Kryptonite," which in 2001 was nominated for a Grammy award for best rock song.

Roberts left the band after its 2012 European tour, but continued to play guitar. He had gone to Wisconsin to perform with another band in a benefit concert involving the military when he died.

On Aug. 20, 2016, Roberts was found dead in the hallway of a hotel in West Bend, Wisconsin, with a guitar case beside him and a patch that delivers fentanyl on his body, a special agent with the U.S. Drug Enforcement Administration wrote in an affidavit.

A medical examiner later ruled the cause of death to be an overdose involving fentanyl, hydrocodone and alprazolam, the affidavit stated.

Both the prosecution and the defense plan to call expert witnesses to testify about whether Snellgrove was prescribing medicine properly. The two sides have clashed in pretrial motions over the use of those experts.