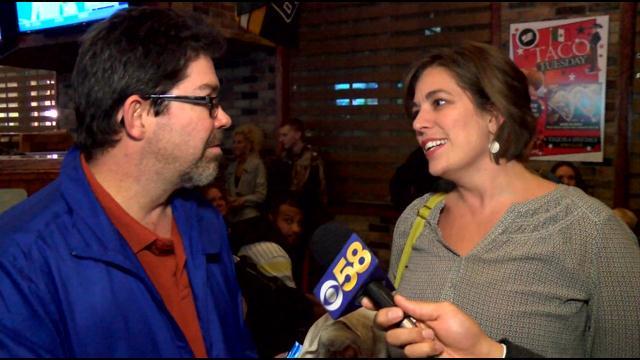 Chammps Americana sports bar in Brookfield is a popular spot for football fans who want to cheer the Green Bay Packers and the Chicago Bears.

\"I bleed orange and blue,” said Bears fan Alan Sommers. ”It's tough with the Green and gold.\"

The Packers and Bears will play in their second match up this season, Sunday night in Green Bay.

The Packers beat the Bears by a large margin in September on the road in Chicago.

The rivalry between the Bears and Packers is the oldest in NFL history.

“It's a quick ride to hate each other\", said Packers fan Leah Ivancic.

\"Bears fans, Packers fans, for one week we can all get together and watch the game”, said Bears fan Mike Sullivan. “Hopefully at the end of the day, the Bears win, doubt it, but it would be nice.\"

Some fans say the sports hatred between Wisconsin and Illinois goes well beyond football.

\"The Bears, it's the White Sox, it's the Cubs, and we just don't like them all”, said Packers fan Patrick Cotter. “Bring it on. And the Bulls, the Bulls stick to us last night that was a tough one to lose.\"