Trans-Pacific trade pact: Negotiators try to finally get it done 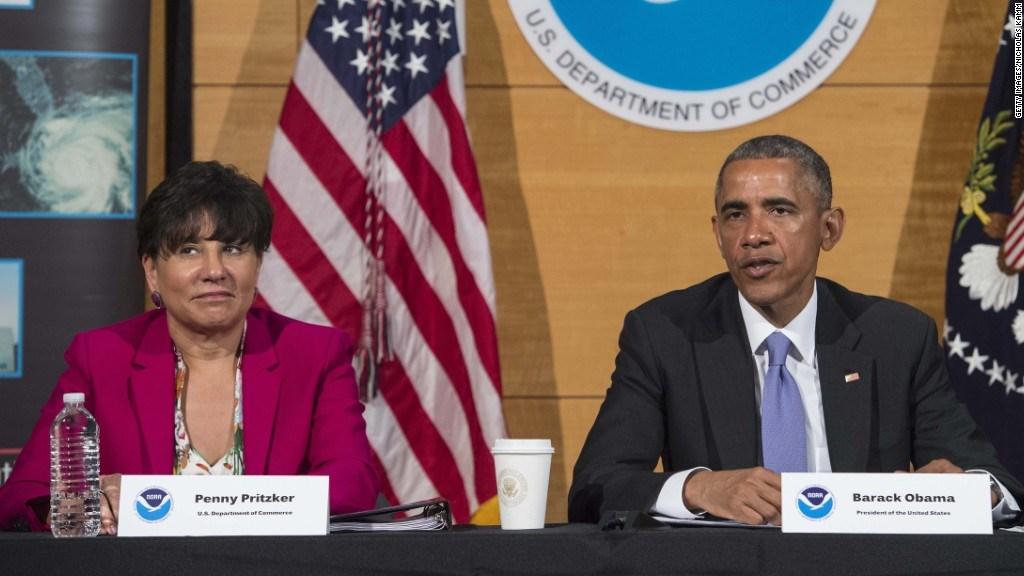 NEW YORK (CNNMoney) -- After years of talks, negotiators for the United States and 11 other nations are trying to hash out final terms of a controversial free-trade agreement that could have a sweeping effect on the global economy.

The Trans-Pacific Partnership, or TPP, would knock down tariffs and import quotas, making it cheaper to import and export, and open new Asia-Pacific markets to American companies.

The latest round of talks, which began in Atlanta on Wednesday, were continuing on Sunday.

The TPP is a central focus of President Obama's trade agenda and something he has pushed for since the start of his presidency. Any agreement among the 12 countries will have to be OK'd by Congress.

The U.S. and Japan -- the first and third largest economies in the world -- have anchored the talks.

China, the No. 2 economy, is not part of the TPP. Proponents hope an agreement could neutralize some of China's power in global trade.

The TPP is no different.

One contentious issue has been how long pharmaceutical companies should be allowed to control information about the medicine they develop. The U.S. is pushing for longer terms, but other countries like Australia want shorter ones.

Drug companies say longer periods of exclusivity over research encourages investment in developing cures. But longer terms can also keep cheaper versions off the market. The potential for compromise over this issue is reportedly a final key to a deal.

Among the TPP's leading backers are the U.S. Chamber of Commerce, the powerful business lobby not often on the same side of big issues as Obama.

Obama says the TPP would make American companies more competitive, create jobs in the U.S. and add billions to the global economy.

Nike has said it would create 10,000 U.S. jobs if an agreement is finalized.

Earlier this year, Obama pushed a bill through Congress that gives him "fast track" authority, also known as trade promotion authority. The fast track process is designed to make it easier for a president to get congressional approval of trade pacts and was seen as a big opening on future passage of the TPP.

However, the TPP has met with harsh criticism -- from both sides of the political aisle.

Democrats and labor unions, led by the AFL-CIO, say it could hurt American workers because businesses will have increased opportunities overseas.

Critics have also wanted details about the negotiations, which have been done in private, to be made public. Wikileaks has published draft documents that were otherwise top secret.

The TPP has also been a headline issue in the 2016 presidential campaign.

Republican candidate Donald Trump blasted it in a tweet in April: "The Trans-Pacific Partnership is an attack on America's business. It does not stop Japan's currency manipulation. This is a bad deal."

But so has Democratic senator and 2016 hopeful Bernie Sanders, who has called the TPP "bad news" and has fought it hard in the Senate.