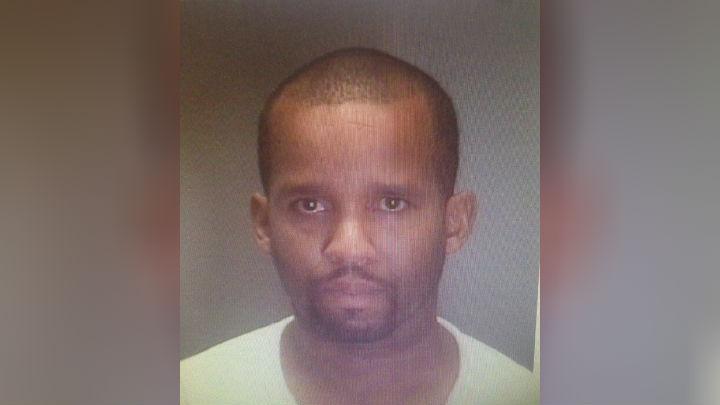 An ATM transaction, a grocery store receipt, a GPS device planted by a concerned car dealer and videos -- including one that showed a 22-year-old woman manhandled, knocked to the ground, then forced into a car just blocks from her Philadelphia home.

All of it, among other tips and pieces of evidence, added up. And because of that, Carlesha Freeland-Gaither is thankfully back in Philadelphia where she belongs.

The 22-year-old nursing assistant was released early Thursday from Maryland's Howard County General Hospital, having been reunited with her family after a harrowing three days.

\"She's doing about as well as you can expect. Obviously, she's traumatized by the entire event over the past few days, so it's going to take a little time for that to heal. But she's doing well. She's back with her family and she's very, very happy about that,\" Philadelphia Police Commissioner Charles Ramsey told CNN's \"Erin Burnett OutFront.\"

\"She had injuries, but nothing life threatening, fortunately,\" he said.

The man who authorities say abducted her, 37-year-old Delvin Barnes, has a new home himself, at a detention center in Baltimore County, Maryland. According to a criminal complaint, Barnes admitted to the kidnapping. He also reportedly said he didn't know the victim before he took her.

Appearing at a court hearing later Thursday from jail via video conference, Barnes waived his extradition to Virginia where he faces grave charges in another abduction case. That leaves Virginia authorities five days to pick him up.

Maryland Judge Darryl G. Fletcher didn't set bail, due to the severity and number of charges in Virginia.

It's not clear when Barnes will be arraigned in the Philadelphia case, though it seems unlikely he'll be free when that happens.

But at least his alleged latest victim, Freeland-Gaither, is.

Philadelphia police Commissioner Charles Ramsey says that's because of \"a lot of police work, a lot of tips from the public. But we were able to track it down.\"

\"God was on our side. Everybody was praying for us and prayer works,\" she said.

And the victim's mother, Keisha Gaither, couldn't be happier or more thankful.

As she said Wednesday night to law enforcement, the media and the public, \"Thank you for keeping me up. Thank you for being there for us. I'm taking my baby home!\"

On Sunday, Freeland-Gaither went to the house of her mother's godson, her aunt Dayah Freeland said, and took a bus toward home.

After she was dropped off in Philadelphia's Germantown-Penn Knox area around 9:40 p.m., the suspect's car passed her, turned up the street, then met her at an intersection, Philadelphia police Chief Inspector Dennis Wilson told CNN sister network HLN.

It was then that her abductor pounced.

Surveillance video shows Freeland-Gaither being confronted by a man, then forcibly led away by him, tussling on the ground before being forced into a car.

During the struggle, her glasses and cell phone fell to the road. Freeland-Gaither kept fighting -- even breaking out one of the passenger side windows -- but she couldn't stop the car from speeding away.

Abductions are hardly unprecedented, but Ramsey said it is rare to see one captured on video.

\"I've been on the job 46 years, (this is the) first time I've ever seen a kidnapping on videotape. (It) really was horrific to watch it unfold.\"

This wasn't the only video that police released.

Another, from just after 6 a.m. Monday, shows a man in a dark hooded jacket using Freeland-Gaither's ATM card at a machine in Aberdeen, Maryland, which is about 75 miles from Philadelphia.

And on Wednesday, police released an additional video of a man, also wearing dark clothing, making a purchase at a convenience store on Monday.

Someone who sold a car to Barnes recognized him from one of the videos and alerted authorities. The dealer had placed a GPS device in the vehicle because of worries about Barnes' bad credit, according to Charles City County Sheriff's Office Capt. Jayson Crawley.

\"From that, we were able to trace the car,\" Ramsey said. \"We were able to then contact Charles City (Virginia authorities), ... and things started really falling into place very quickly.\"

Such devices are put in cars to alert customers if they're behind on payments and, if they don't pay on time, allowing dealers to shut down the vehicle and track it down, said PassTime USA CEO Stan Schwartz, the head of the company that made the unit. In this case, Barnes knew it was there.

PassTime has about 1.5 million such units out on the road, but has been only asked by law enforcement 10 to 15 times to track them as part of a criminal investigation, according to Schwartz. He said that the car dealer worked with authorities earlier this week, with the PassTime USA headquarters getting involved Thursday morning.

In the Virginia case, Barnes is charged with abduction, forcible rape, malicious wounding with a chemical and other charges related to the early October disappearance of a 16-year-old girl, according to Crawley. That girl managed to escape after two days, walking 2 miles naked and burned into a business seeking help.

Like the case involving Freeland-Gaither, authorities believe that case was a stranger abduction, meaning the victim didn't know who took her.

\"We used to chill, hang out. He's a good guy,\" a friend of Barnes told CNN affiliate WTVR about the suspect.

The travels of Barnes ended Wednesday night in Jessup, Maryland.

\"We surveilled that vehicle in the area,\" FBI agent Ed Hanko said of the car Barnes is thought to have used in Freeland-Gaither's kidnapping.

\"... When the subject exited the vehicle, that's when Ms. (Freeland-Gaither) was recovered.\"