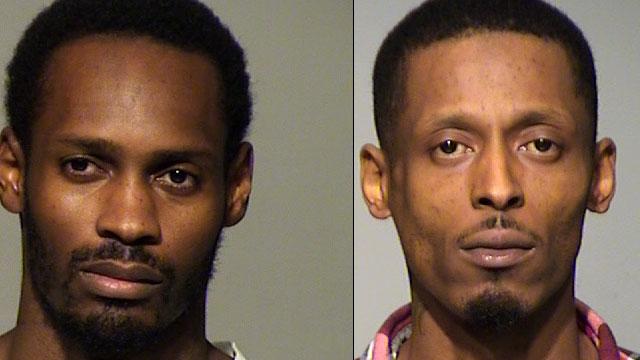 A traffic stop by Milwaukee Police on March 3 led to an arrest for a homicide at a gas station seven months prior.

Two Milwaukee men have been charged in the fatal shooting at a gas station on July 24 at 905 West Center Street.

Michael Williams was charged with first degree reckless homicide as party to a crime and possession of a firearm by a felon.

Tony Madison was charged with harboring or aiding a felon.

Fatal Shooting at the Convenience Store

The victim Frederick Martin was found shot to death inside the convenience store.  Officers located the victim’s vehicle abandoned at 1947 North 39th Street.

The man in camouflage pants immediately gets back in the Expedition and it leaves the lot. A silver two-door Honda takes off after the Expedition.

Miguel Henderson who was in the two-door Honda returns to the lot and drives away with the victim’s Toyota.

One of the victims in the 54th Street shooting was Michael Williams. Williams had been shot in the left buttocks and in the groin.  Police recovered the camouflage pants Williams was wearing at the time of th shooting.

The second victim of the 54th Street shooting was Tony Madison. Madison suffered a gunshot to his left sweatshirt. A white sweatshirt with blue sleeves and red hood which Madison was wearing at the time of the shooting was recovered.

On August 11, Police interviewed Henderson who said he observed the homicide victim getting shot at the gas station. He said after the shooting, he could not find the victim so he drove the victim’s Toyota until I stalled.

On August 12, Tony Madison identified Michael Williams as the person who fatally shot the man at the gas station.

On March 3, Milwaukee Police stopped a two-door Toyota Camry at 1929 West Atkinson Avenue. The officers made contact with the front seat passenger and subsequently identified him as the above-named Michael Williams. Two semi-automatic pistols were recovered from the car.

On March 5, Henderson viewed a line-up and identified Michael Williams as the person who shot Frederick Martin at the gas station.