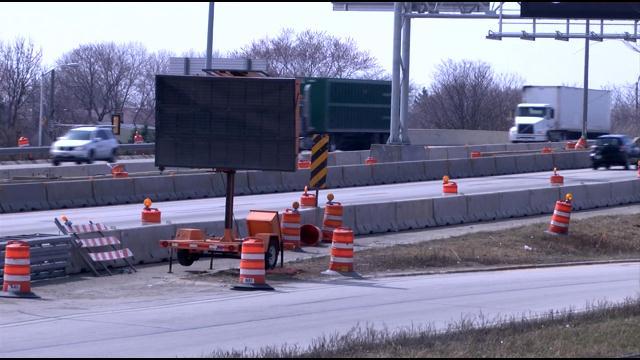 Thousands of people made their way to Miller Park over the course of this morning, so of course that means tens of thousands of cars all end up trying to leave at nearly the same time, causing back-ups.

It was smooth sailing on the way to Brewer's Opening Day though.

The D.O.T. tells us since the zipper merge closes parts of I-94 West, they didn't anticipate any big back-ups for opening day. Then again, some people planned ahead.

But still, there's a ton of cars at Miller park during the game, so the question begs to be asked, how will the roads be when all these cars leave?

\" We will probably try to get out earlier so we can avoid all that traffic,\" said a Brewers fan.

The D.O.T. says its rush hour, so construction or not, roads will be backed up, so plan an alternate route.

\"We don't need to take the interstate home. We can just take side streets home. So it's really not that bad,\" said one driver.

Or an alternate method?

They've got more important things to worry about.

\"I'm not worried about that. I'm more  worried that I might miss part of the Badger game if they go into extra innings,\" said another fan.