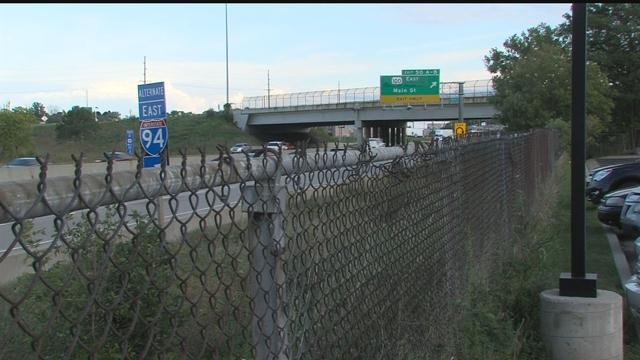 Drivers on I-41 southbound may soon find themselves slowing down to take the highway 100 east exit, which turns into Brown Deer Road.

CBS 58 buckled in for the ride on Wednesday, getting off at the exit ramp and headed east.

There are multiple stop lights along the way and the speed limit ranges from 35 to 45 miles per hour. But be careful, there are schools are in the area too.

"It's going to be inconvenient and travel times will go up," said project manager Mark Klipstein.

The route takes drivers through the Village of Brown Deer to I-43 south and into the Marquette interchange.

On a normal late afternoon, CBS 58 clocked a time of about 30 minutes, but the DOT says don't expect that with increased traffic.

"We recommend people to anticipate up to a 30 minute longer drive time," Klipstein said.

For those closer to the city, getting off at Bluemound Road is an option.

Drivers can take that to Glenview Avenue and go south past Wisconsin Lutheran High School. You'll end up near State Fair Park to get on at I-94 east, which was roughly a seven minute trip, without the additional traffic.

The detour will be a headache for drivers, but Klipstein said this was the best time for the long-term closure.

He said the contractor is on a tight timeline to get the job done.

"We can continue to work on the substructure, put up girders through the fall and winter months, then we plan on pouring that deck in early spring," he said.

The entire zoo interchange project is set to be complete in the late summer or early fall of 2018.