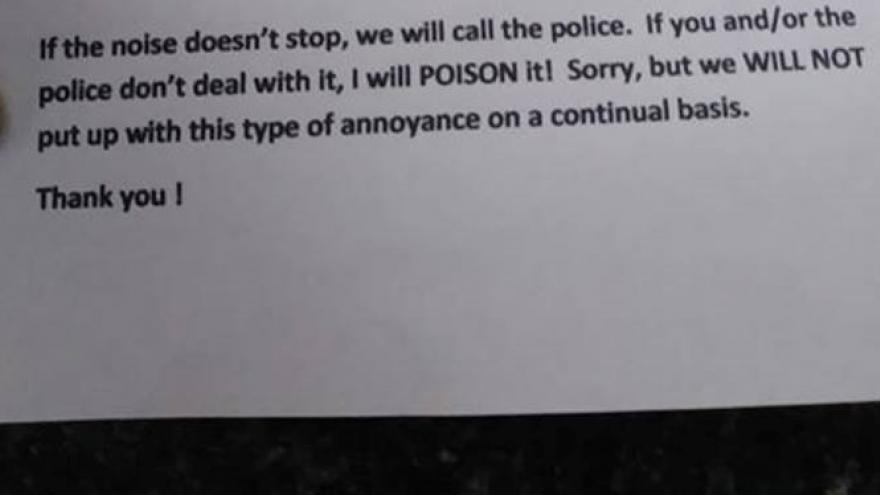 WAUWATOSA, Wis. (CBS 58) -- A Wauwatosa family is frightened after they received a letter from a neighbor threatening to poison their dog if it doesn't stop barking.

The letter says that the disgruntled neighbor lives on 114th Street and says the "non-stop barking dog has become a serious annoyance in our neighborhood."

The neighbor suggests the family buys an anti-barking collar and says "if the noise doesn't stop, we will call the police. If you and/or the police don't deal with it, I will POISON it!"

Wauwatosa Police said they received a call from the family who received the letter, but the sender is unknown. The woman told police her dog frequently barks but that she brings it inside when it happens.

The Wauwatosa Police Department says they have not received any calls or complaints about the dog or barking at the address.

Police say the disgruntled neighbor should contact police and have a "cordial conversation" with the family about any concerns.