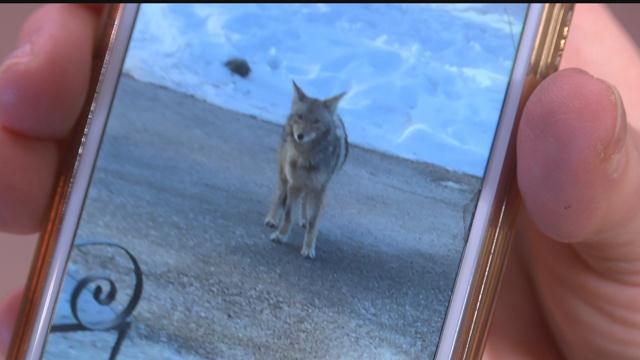 After the killing of three dogs in Wauwatosa, Milwaukee County board members voted Thursday morning to create a comprehensive coyote management plan. The resolution suggests officials will copy a system that cities like Mequon already have.

This is the plan getting pitched to dog owners: do what Mequon already does which is identify nuisance coyotes and use contractors to capture them with baited traps or other ways.

Kerry Krienitz, owner of the doggy day care Central Bark says she underestimated how much her business would grow. Judith Peck, a regular customer picking up her mini golden doodle says her dog has made a lot of friends here, but has made rivals near home.

Other dogs haven't been fast enough to escape forcing Milwaukee's board to discuss what to do with coyotes.

Supervisor Jim Luigi Schmitt is calling for a nuisance permit system with contractors trapping coyotes where they're reported as aggressive.

He suggested non-lethal methods are not enough, "people can't scare them away. A big tactic is just to flap your arms and make noise and run but unfortunately I had two constituents who were doing that while that coyotes had the dogs in their mouth, and they picked up the dogs and the dogs were both dead of course."

Krienitz says there's been a good bit of coyote talk among customers at Central Bark. Coyotes have always been a part of the landscape at least in green spaces around the business. But there's a feeling of openness now at least exploring how to better control the animals, "it is concerning to people, especially those pet parents of smaller dogs, dogs that might be more attractive to coyotes."

"I feel if something does happen to her there's nothing I could have done about it. But I feel the money is worth it," says Peck. "And if this helps calm people's fears, and also with little kids, you never know. We don't know the mindset of these coyotes."

What's happening now is a nearly unaltered version of Mequon's coyote plan will be reviewed by the Wisconsin DNR. Nothing's been finalized yet and county officials do expect to return to discussion.