Too Much Cheese? Surplus Leads to Dramatic Drop in Cheddar Prices 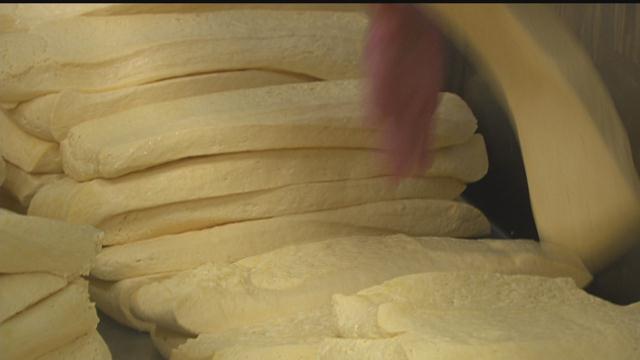 It was a late night punch line.

Late Show Host Stephen Colbert telling the world there is too much cheese.

"I'm calling on all Americans to fight the Gouda fight," Colbert said on Thursday's show. "We don't do this because it's easy cheese but because it's Havarti."

The surplus of cheese is affecting mainly cheddar where prices are down 45% from 2014.

The Wisconsin Cheese Makers Association says the biggest reason for the drop is increased mile production.

"Two years ago you had record high milk and cheese prices and dairy producers had money to spend." explained John Umhoefer, Executive Director, WI Cheese Makers Association." What what they spent it on was making their facilities better, adding cows, doing what they do. Doing more of it."

The Wall Street Journal estimates every American needs to eat an additional three pounds of cheese this year in order to get rid of the surplus.