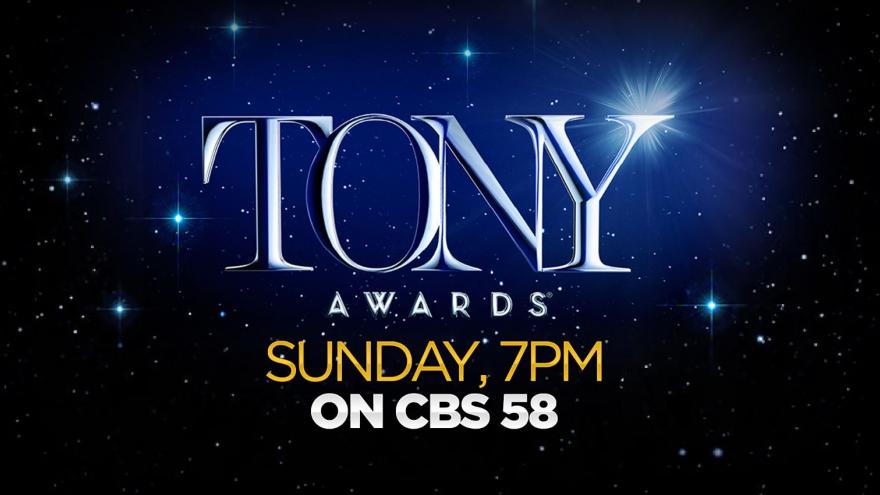 NEW YORK (AP) — The Tony Awards kick off on Sunday night with a pair of first-time hosts and no clear show juggernaut like "Hamilton" to watch vacuum up statuettes, but the production will get a likely assist by The Boss — Bruce Springsteen.

Springsteen attended the four-hour rehearsal Sunday morning and electrified the sleepy crowd when he walked onstage in a T-shirt and jeans, performed one song on the piano from his sold-out one-man show and departed to a standing ovation.

It was a reminder that co-hosts Josh Groban and Sara Bareilles — talented and likable if not terribly thrilling — face their biggest test yet when they co-host the CBS telecast from the massive 6,000-seat Radio City Music Hall.

Getting buzz from appearing on the telecast can dictate a show's future, both on Broadway and on tour. Broadway producers will be thankful this year that the telecast won't have to compete with any NBA Finals or Stanley Cup playoff games.

Two new musicals lead the nominations for the top Tony Award crown, with Tina Fey's "Mean Girls" and "SpongeBob SquarePants" receiving 12 nods each. A revival of "Angels in America" has 11 and the two-part play "Harry Potter and the Cursed Child" has 10. Many critics have tapped "The Band's Visit" as their odds-on favorite to be crowned best new musical.

Viewers will see performances from "The Band's Visit," ''Carousel," ''Frozen," ''Mean Girls," ''My Fair Lady," ''Once on This Island," ''SpongeBob SquarePants" and "Summer: The Donna Summer Musical." The cast of "Dear Evan Hansen" also will return for a performance of the song "You Will Be Found" for the In Memoriam section.

For most of the previous awards season, shows like the Oscars and Golden Globes have acknowledged the issue of sexual misconduct and abuse of power. Bareilles and Groban will try to do that while also eviscerating any memory of last year's Tony host, Kevin Spacey, who since then has been accused by at least 24 men of sexual misconduct or assault.

The pair will also hope to end a ratings slide following the 2016 edition that was led by "Hamilton," which drew 8.73 million viewers. Spacey's ceremony last year drew 6 million viewers, which represented a drop of approximately 31 percent in total viewers from the previous year.

The show will be a sort of victory lap for a Broadway season that saw grosses hit another record high by pulling in $1.7 billion — up 17.1 percent over last season's $1.45 billion. Attendance was also up, coming in a 13.79 million, an increase of 3.9 percent at last season's 13.27 million.