MILWAUKEE (CBS 58) -- For the first time in nearly 18 years, the city of Milwaukee has a new mayor.

Barrett resigned from his position Wednesday, Dec. 22, formalizing his transfer of power over to now Acting Mayor Cavalier Johnson.

The outgoing mayor exited his office and City Hall for the final time as leader of the city around 5 p.m., when his resignation went into effect. City workers gave Barrett an ovation as he left.

"It's a wrap! It's a wrap!" Barrett told reporters as he exited his office. "The last 18 years have been extraordinary. I feel like the luckiest guy on the planet."

With the resignation taking immediate effect at 5 p.m., Cavalier Johnson walked from his Common Council office to the mayor's office immediately after Barrett's exit and gave brief remarks to reporters.

"I've been serving this community for 20 years and I have this opportunity to walk into this office after all the experiences that I've had in this city living in 53206," Johnson said. "I'm ready, I'm ready to serve this city."

During his last formal news conference as mayor, Barrett touted successes during his time leading the city, including revitalization projects of the Menomonee Valley, the Reed Street Yards, the Old Pabst Brewery and the addition of thousands of housing units.

He also reflected on challenges, including tackling the issue of violence.

"Clearly we have to deal with the level of violence in the city of Milwaukee, there's no question about that," Barrett told reporters.

Barrett said he feels blessed to have held the office of mayor and is looking forward to the next chapter of his political career.

"This is the hardest job I’ve ever had in my life and it is the most rewarding job I’ve had in my entire life," Barrett said at the morning news conference. "I'm leaving this job filled with optimism for the future of this city."

Barrett will take his oath as Ambassador to Luxembourg at 9 a.m. Thursday at the Federal Courthouse Building downtown.

At 10 a.m., the Common Council will hold a special meeting to confirm the date of the special election for mayor in order for it to coincide with the already scheduled spring election.

At noon, Acting Mayor Johnson will hold a swearing in ceremony.

Watch remarks from Barrett below:

Read the full letter below: 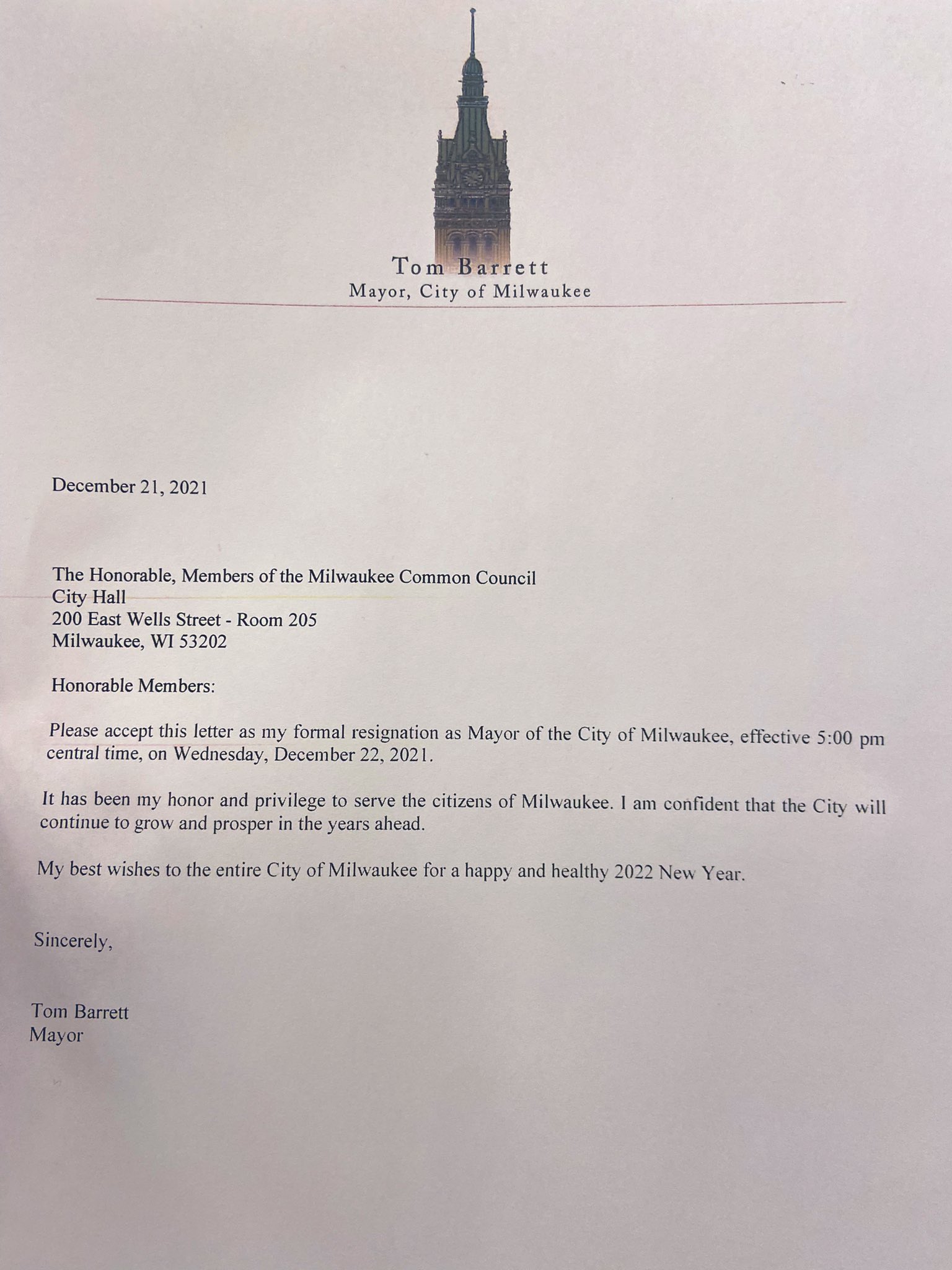