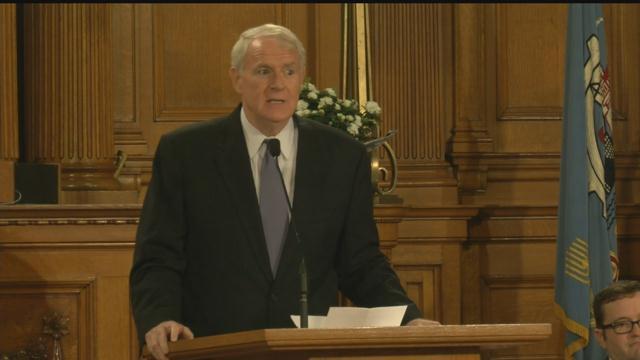 Tom Barrett is beginning his fourth term as mayor of Milwaukee.

He was sworn in during a ceremony this morning at city hall.  At the end of this term will be tied with former Mayor John Norquist as the third longest serving mayor in Milwaukee history.

"What we are facing now is more opportunities than we haven’t seen in decades and what we need to do together is we need to work together, respect each other and seize those opportunities,” said Barrett.

During his inauguration speech, Barrett said he wants to build on the city's past successes as a foundation moving forward.