Toddler shreds over $1,000 his parents saved to pay a debt 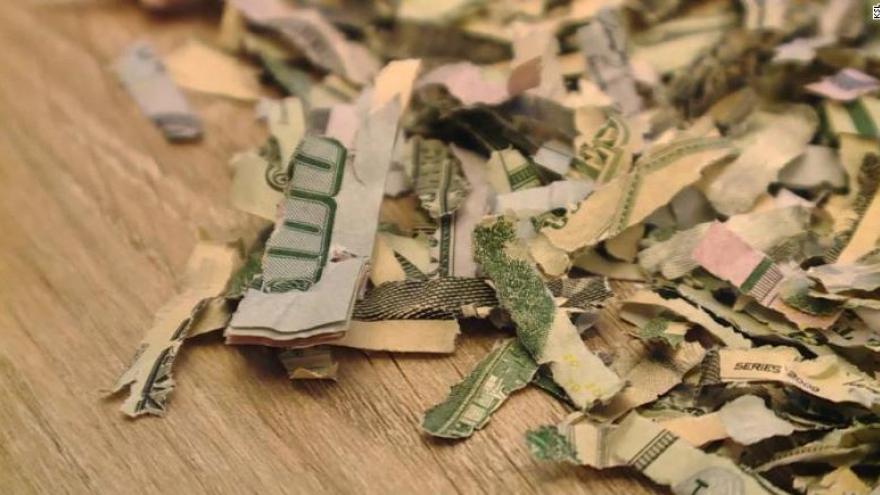 (CNN) -- The mystery of more than $1,000 that disappeared from a Utah family was solved when they discovered the money in pieces in the home's shredder, and found the culprit was their 2-year-old son.

Ben and Jackee Belnap of Halladay had been saving money to pay back Ben's parents for University of Utah football season tickets. They had the $1,060 ready in an envelope but were left searching the home when it disappeared over the weekend.

"I'm digging through the trash and she hollers and says, 'I found it,'" Ben told CNN affiliate KSL."She's holding the shredder and she says, 'I think the money is in here.'"

As the couple emptied the container, their money tumbled out like confetti.

"We just, for like five minutes, we just shuffled through it, not talking," Jackee told KSL. "We didn't know what to do and then I broke the silence and I'm like, 'Well, this will make a great wedding story one day.' "

Who would shred money?

The couple suspects their curious toddler, Leo, was copying what he saw his mom do.

"Leo helps me shred junk mail and just things with our name on it, or important documents we want to get rid of," she said.

There's good news for the family, though. They can submit the money to the US Department of Treasury Mutilated Currency Division for exchange.

It will take some time for the department to piece it all together and verify the amount.

"I called the guy the next morning and he said, 'Oh, we might be able to help you here,' and I was shocked," Ben said. "He said, 'Bag it up in little Ziploc bags, mail it to D.C., and in one to two years, you'll get your money back.'"