Toddler dies after being rescued from a fire in Wauwatosa 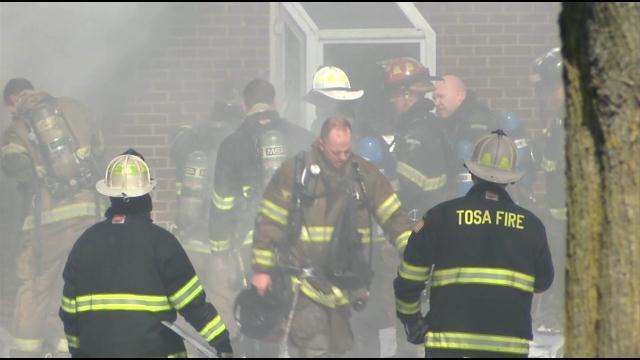 The Milwaukee County Medical Examiner has confirmed that a toddler has died after being rescued form a house fire.

Officials were called to the fire Sunday Morning, where the female toddler and her uncle, were transferred to the hospital with injuries.

According to Assistant Fire Chief Jim Case a female toddler was being treated for smoke inhalation and her uncle, who is in his twenties, is being treated for significant burns. Case says six people live in the home, but those two were the only ones there at the time.

When officials arrived on scene they saw a man suffering from burns and he told them is niece was still in the home. The toddler was found in the living room unresponsive.

After spending hours putting out the fire, the fire department says the home is a total loss.

Case says was tough to put out, with 10-15 other departments being called in for support \"Definitely a challenge in this cold weather but we didn't have anything freezing up. Just a little tough on crews but they're used to it.\"

The cause of the fire is still unknown and is being investigated by state fire marshals.

The toddler and family dog were the only fatalities.