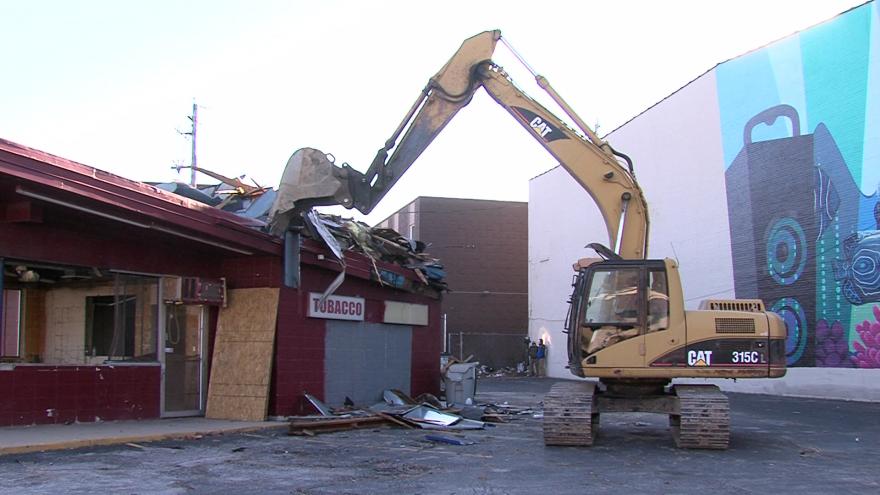 MILWAUKEE (CBS 58) -- An eyesore that Milwaukee officials say was once a hotbed for crime in the city is being demolished.

The demo is years in the making for people who live in the area and for the city officials who pushed for it.

Officials at Penfield Children's Center say the vacant tobacco store in their backyard has attracted weapons, drugs, and prostitution for the last 15 years and they are happy it is being demolished.

Police were called to the shop more than 400 times from 2014 until the business was closed in 2016. The demolition comes after a very public battle between the city of Milwaukee and the owners of 27th Street Tobacco.

Three years ago, a court decided the business was a public nuisance. The property was liquidated and then Penfield Children's Center acquired the property. Those who have pushed for the demolition say they hope this turns the area around.

"It's been the site of drug dealing, gun running, homicides, shootouts, loitering, prostitution activity and it was constant, unremitting. No matter who the operator of the business happened to be," said 4th District Milwaukee Alderman Bob Bauman.

"Now we know that we can control our future here and it's hopeful for the neighborhood. This has been a real symbol of things that have gone wrong for many years and now we can turn it around and make something that's really going to be hopeful for the future," said President and CEO of Penfield Children's Center Christine Holmes.

Penfield Children's Center officials will turn the property into a parking lot and then plan to expand their center in a few years on the property.