"Til Death Do Us Part:" Racine Woman Shoots at Husband who was Downloading Divorce Papers 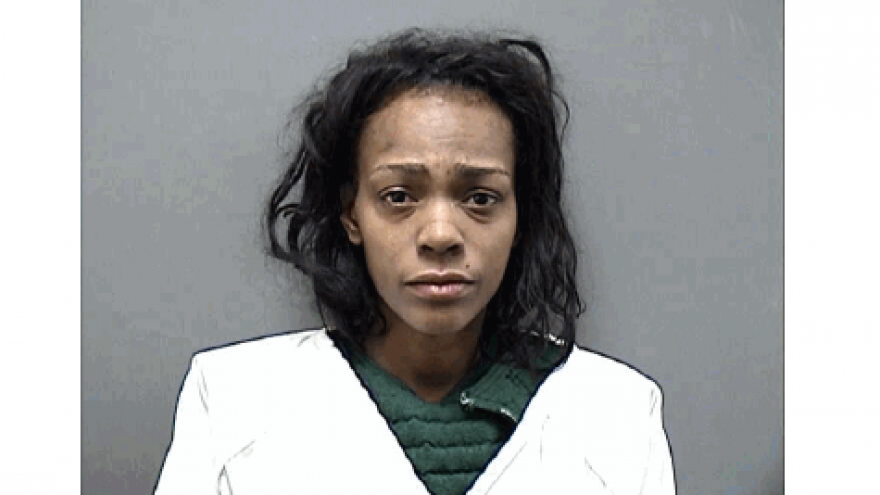 Officers with the Racine Police Department responded to the 1500 block of Taylor in Racine for a domestic dispute. Upon arrival, police located Lewis on the front porch and her husband, the victim. An officer noticed a large bulge in the husband's front pocket, he stated: \"I have a .45 in my front pocket that Lewis was shooting in the house.\"

The husband also stated that Lewis fired the gun inside the house and that their children were still inside. An 11-year-old child stated that her mom and the victim had been arguing when she heard two gunshots. The 11-year-old called 911 and went to get her uncle. According to the criminal complaint, a 13-year-old, 8-year-old, and 1-year-old were also upstairs in a bedroom. They heard the shots and were terrified but did not know who fired them.The uncle stated that he lives two blocks away and that this was the third time he had to come to the home for the couple fighting.

Officers conducted an interview with the victim who stated that he is married to Lewis and they had been fighting due to Lewis finding out that he had been unfaithful. He was upstairs downloading divorce papers when lewis knocked his phone out of his hands. According to the victim, Lewis began striking him with her fists in his head and face. The victim told police that in order to stop Lewis, he wrapped his arms around Lewis and took her to the floor to hold her there. According to the criminal complaint, the argument escalated and Lewis reached under the bed and grabbed a firearm.

Officers asked the victim if he believed that Lewis would kill him. He said no but added, \"but the way she was today, she was crazy, you never know.\"

The victim stated that she and her husband were arguing about him cheating on her. She also stated that she did not know how the gun went off and that both of them had their hands on the gun during the argument.

Drugs were also found in the home.

Lewis is now charged with one count of Attempted First Degree Intentional Homicide, and 3 counts of First Degree Recklessly Endangering Safety for each of the 3 children located in the adjacent bedroom. She's also charged with Domestic Battery and Possession of THC.