Tickets on Sale for Wisconsin Beer Lovers Festival at Bayshore 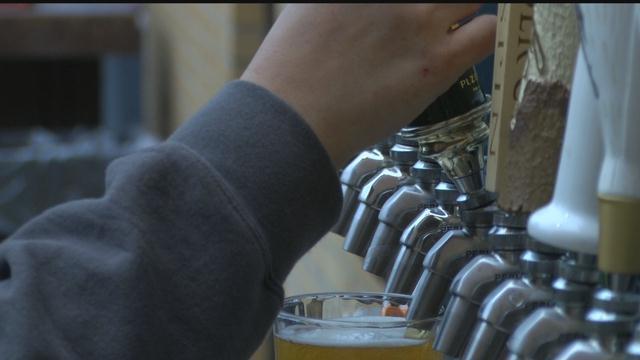 Tickets are now on sale for the seventh annual Wisconsin Beer Lovers Festival, to be held on Saturday, June 18 (Father’s Day weekend) from 1:00 PM to 5:00 PM at Bayshore Town Center in Glendale.

Hosted by Bayshore Town Center, DRAFT Magazine, Palermo’s Screamin Sicilian, Welcome to Glendale (the City of Glendale’s Convention and Visitors Bureau) and the Wisconsin Brewer’s Guild, the Wisconsin Beer Lovers Festival is the premier all-Wisconsin craft beer and tasting festival, featuring more than 100 craft beer selections from more than 40 craft breweries throughout the state. Each of the participating breweries will be paired with local chefs, Wisconsin cheese makers, or one of several brewpubs and restaurants to create unique tasting portions designed to complement a variety of unique craft beers available for sampling.

“We are excited to continue representing Glendale amongst all the other great craft breweries this year for the festival,” said Jeff Hamilton, president of Sprecher Brewery in Glendale and member of the Wisconsin Brewer’s Guild. “Whether you’ve come year after year, or you’re attending for the first time, Wisconsin Beer Lovers Festival is the place to be every June. This gathering allows visitors from across the nation to sample the state’s best craft beers and food, as well as the opportunity to meet the brewmasters and chefs behind the day’s creations.”

Returning to the festival this year, is the updated 2016 Wisconsin Beer Lovers Festival application for smartphones and tablets that will allow patrons to access a map of the festival, as well as brewery and restaurant locations during the event.

Festivalgoers and craft beer connoisseurs will also be able to purchase the “Wisconsin Beer Experience VIP Ticket.” This VIP ticket is available for $65 and will include access to a special VIP tent by the Wisconsin Brewer’s Guild that will feature specialty beers not available to the rest of attendees, a one-year subscription to DRAFT Magazine, early entry to the festival beginning at noon and a special collectible from the event. Only 250 VIP tickets are available.

General tickets are $45 in advance and $55 at the door, and include admission, a souvenir beer sampling glass and unlimited samples of beer and food pairings. Patrons must be at least 21-years-old to purchase a ticket, and photo identification will be required at the admission entrance. Designated drivers and patrons under 21-years-old can purchase a “Food Lovers Ticket” for $25.