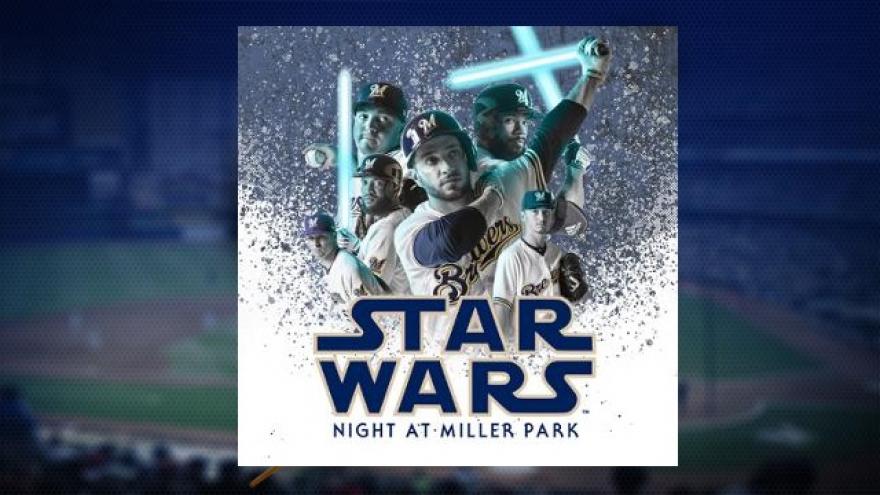 MILWAUKEE (CBS 58) – The Brewers are hosting another Star Wars Night on Friday, May 4, 2018 also known as Star Wars Day for May The Fourth.

In the words of the Brewers, " The Crew is once again aligning with the Resistance Fighters as they take on the First Order of Pittsburgh for Star Wars Night on Friday, May 4, 2018."

The Braun Solo Bobblehead is the latest promotion for Star Wars Night from the Brewers. This is the fourth season in which the Crew has held the event and the Braun Solo giveaway joins past bobbleheads Jonathan Lucroy "Jedi Luc," Stormin’ Gorman “Stormtrooper,” and last year’s Keon Broxton “Jedi Keon.”