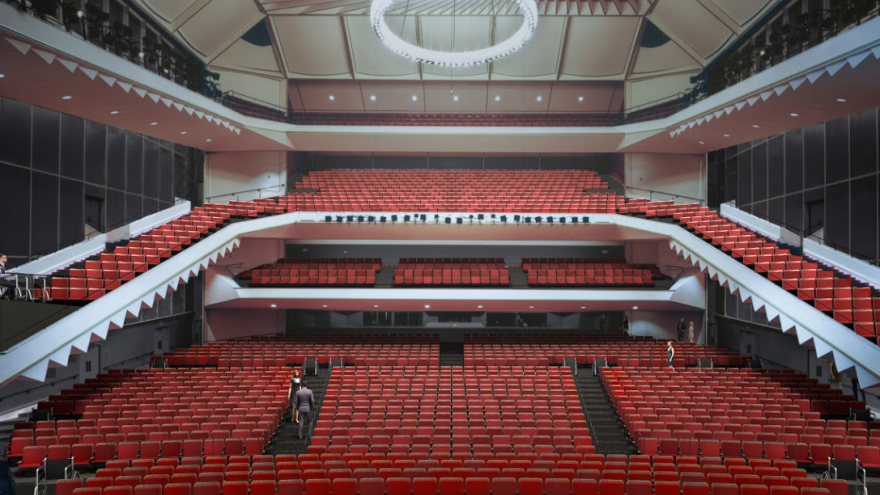 This season will feature four mainstage performances at the Marcus Performing Arts Center.

“We are incredibly thankful for the opportunity to perform on stage again to a live audience,” General Director and CEO Maggey Oplinger said. “The success of our subscription sales offering proved that our audience is eager to connect with us in-person - and we feel the same way!”

Each performance will incorporate elaborate costumes and scenery in these reframed productions.

The season begins with Verdi’s Rigoletto, an Italian blockbuster that features themes of love, betrayal, and sacrifice.

The second performance premiers in March. the Florentine’s first-ever Zarzuela, a Spanish Opera, Luisa Fernanda, with operatic and popular songs, as well as dance. Viardot’s Cinderella & Ravel’s The Child and the Enchantments (named “the French Double Bill”) will take the stage. This Florentine double premiere illustrates a beautiful retelling of Cinderella, followed by a mischievous child’s magical world that comes to life.

And finally, Puccini’s La Bohème returns for the final mainstage performance of the 2021-22 season with a 1940’s post-war Bronzeville twist, La Bohème presents a team of all-stars that tell a double love story with lush movie music in a fresh new way.

In addition to the four mainstage performances, this season also features what the Florentine calls “gateway opera.” Their Spotlight and Florentine Presents series are unique, intimate performances that will take place in various locations throughout southeastern Wisconsin. The productions will feature the Baumgartner Studio Artists, Rowan Pierce from Netflix’s smash hit Bridgerton, and fan favorites, Vivica Genaux & Jory Vinikour.