It was about 7:15 in the evening, in downtown Milwaukee, when the sky flashed brightly and the snow really started coming down, with a bang! That's right, we experienced some lightning last night. It's a phenomenon we heard of before, although it doesn't happen very often. Thundersnow.  Basically, it's the same concept we experience during the summer.  But instead of rain, it's snow.

Thundersnow needs upward-moving air, or convection, which is rare in winter storms. Thundersnow forms when temperature and moisture conditions are just right, a mass of cold on top of warm air, plus moist air closer to the ground.”

Such storms come most often with heavy rates of snowfall , probably at least six inches, one study found though they often occur around lakes. While we didn't get anywhere near six inches of snowfall in the city last night, the snow rate definitely picked up for a short time surrounding the time lightning was reported.

After I saw the flash, I immediately open my CBS58 Weather App. Low and behold, it was one step ahead and alerted me to this rare winter occurrence. 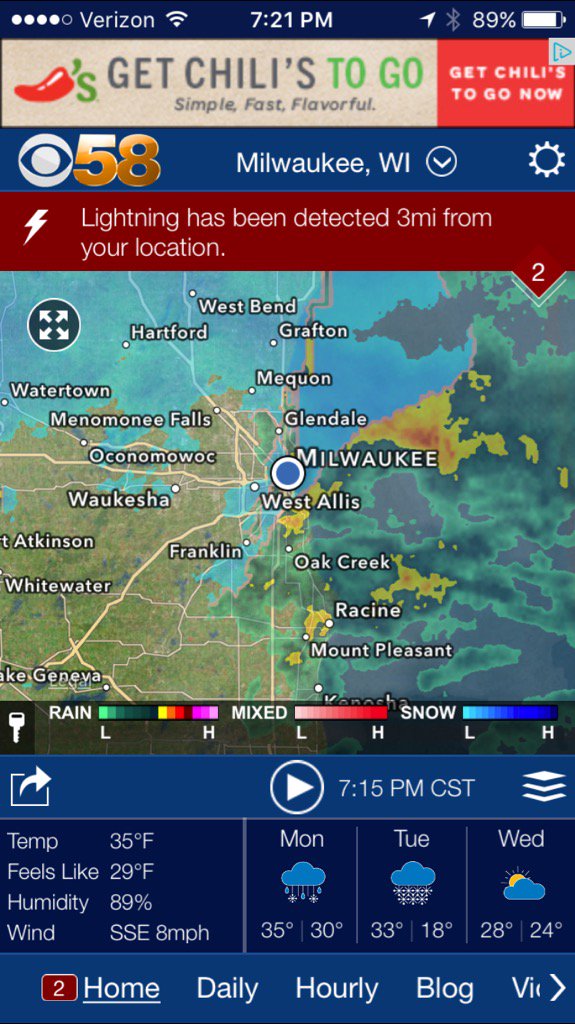 The app is just one more way we try to keep you safe anytime day or night. It's free to download for Apple and Android devices.