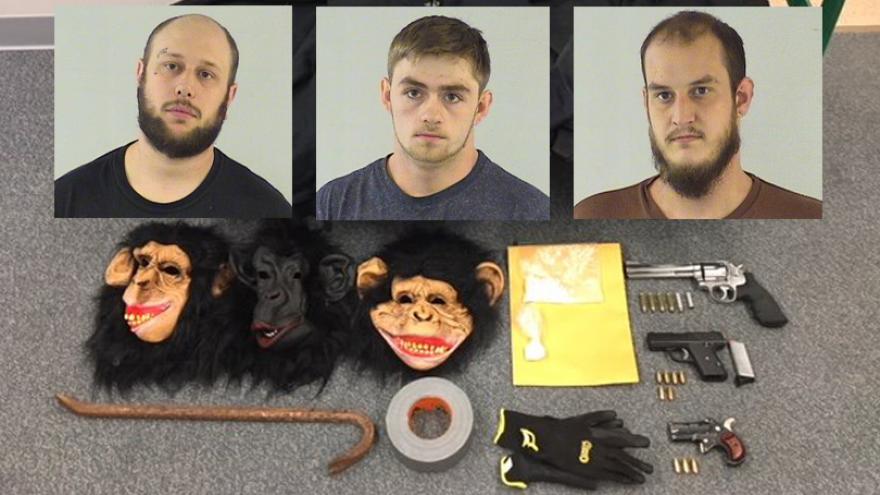 The traffic stop was conducted in the area of Route 173 and Lotus Avenue around 2:30 a.m. on September 19.

The driver of the vehicle, Davey Shower, 24, of Genoa City was found to be driving on a revoked license.

While speaking with Shower and the other occupants of the vehicle, a sheriff's deputy saw cocaine in the vehicle.

The vehicle was subsequently searched and over 15 grams of cocaine, 100 pills of Alprazolam, three loaded firearms, three masks, three heavyweight jackets, and a crowbar were recovered.

Shower and the passengers in the vehicle, Thomas Fleckenstein, 27, of Lake Geneva and Jacob Lapenta, 21 of Genoa City were taken into custody.

Through further investigation, members of the Lake County Sheriff’s Gang Task Force learned the three individuals were on their way to retaliate against a group of others, stemming from a previous altercation.

Shower is facing charges of unlawful possession of a controlled substance, obstructing identification, and traffic violations.

Lapenta is facing charges of unlawful use of a weapon.

"An alert Sheriff’s Deputy successfully stopped a violent confrontation from taking place, which would have likely resulted in a homicide. Our personnel work diligently to arrest violent offenders and keep Lake County safe, which is exactly what took place in this situation," said Sheriff Mark Curran.