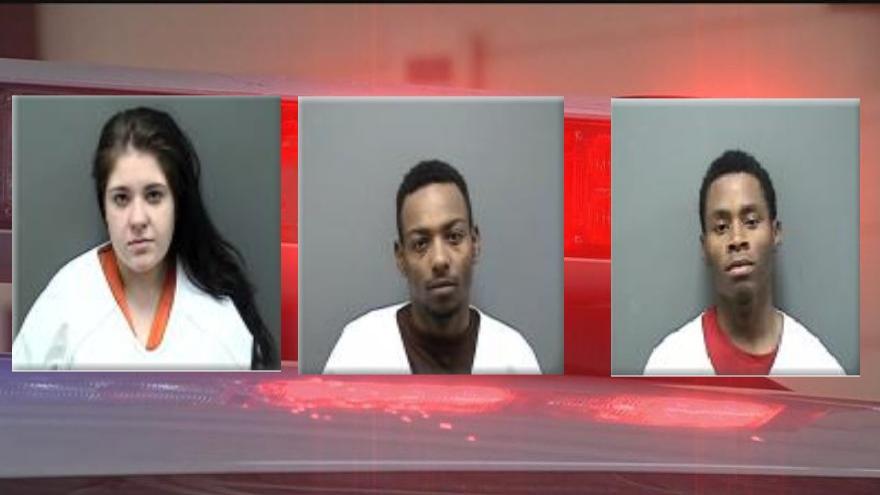 Terrance Tarleton, an 18-year-old man, is now charged with Possession of a Firearm by Adjudicated Delinquent, Operating a Motor Vehicle Without Owner's Consent, Concealing Stolen Property, and Misdemeanor Theft.

According to the criminal complaint, officers initially responded to an address in the 1600 block of Warick Way for a report of a stolen vehicle on January 15. The victim said his Toyota Pickup truck was taken from his driveway sometime during the night.

The victim told police that was able to locate his truck, with many items missing from inside, in Milwaukee using a GPS device. The victim also said that many of his items that were taken were being sold be a woman named Lauren Renee on a website called "Offerup."

Investigators were able to identify the female in the photos selling the stolen items as Miranda Harrington. Harrington also had a 2006 Hyundai Elantra for sale.

On January 17, officers were dispatched to Wilkomm's Mobil, located on Washington Ave in Mount Pleasant, for a report of a gas drive off. The store manager told police that two different suspects driving a light-colored Hyundai sedan and a blue colored Toyota Camry filled up with gas before leaving without attempting to pay for the fuel.

On January 22, the same dark blue Toyota Camry again returned and filled up with gas before fleeing at a high rate of speed.

Officers were able to confirm that one of the vehicles responsible for the gas drive off was staying at the Knights Inn Motel. Officers located both vehicles upon arrival. The blue Toyota Camry was listed as stolen out of Illinois.

Officers conducted a search of the vehicles and were able to locate items that the original victim said were taken from his Toyota truck.

A search was then conducted of the hotel room where the suspects were staying. Police recovered a loaded pistol. Police believe the same pistol was used in a home invasion in which three suspects entered a home, pointed a gun at the residents, and stole a Vizio TV.

According to the criminal complaint, Tarleton's accomplices Miranda Harrington and Marcelous Robinson are also facing charges related to the thefts.