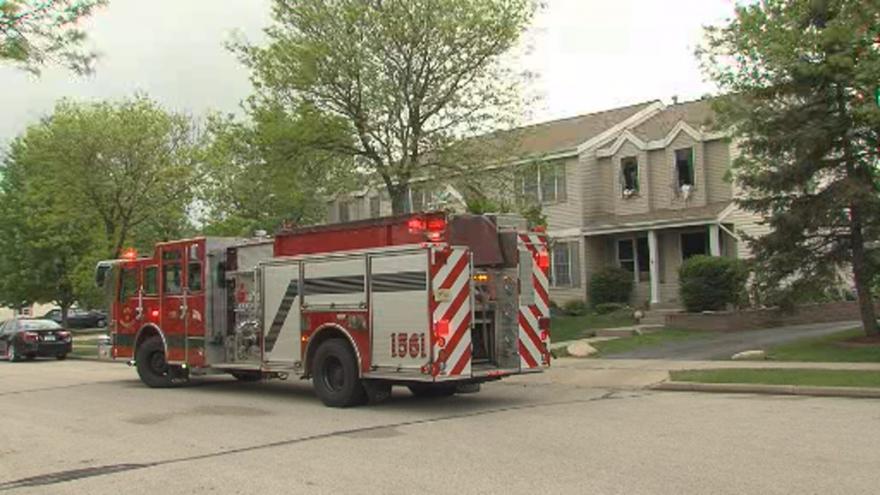 Three people are staying elsewhere after a fire broke out at an apartment building in Waukesha, just after 4 p.m. Thursday.  Fire officials said the fire was confied to the kitchen area in one of the four apartments in the two-story building at Cliff Alex Court and Rivera Drive.   All the residents of the building were able to get out uninjured.  Firefighters  were able to quickly knock down the flames.  One firefighter was treated for a puncture wound to the hand from a shard of glass.

Fire and smoke damage to the  apartment  is reported to be extensive, estimated at $75,000.  The Red Cross is assisting the three residents of the apartment with alternative housing.   The other three units in the building were undamaged.